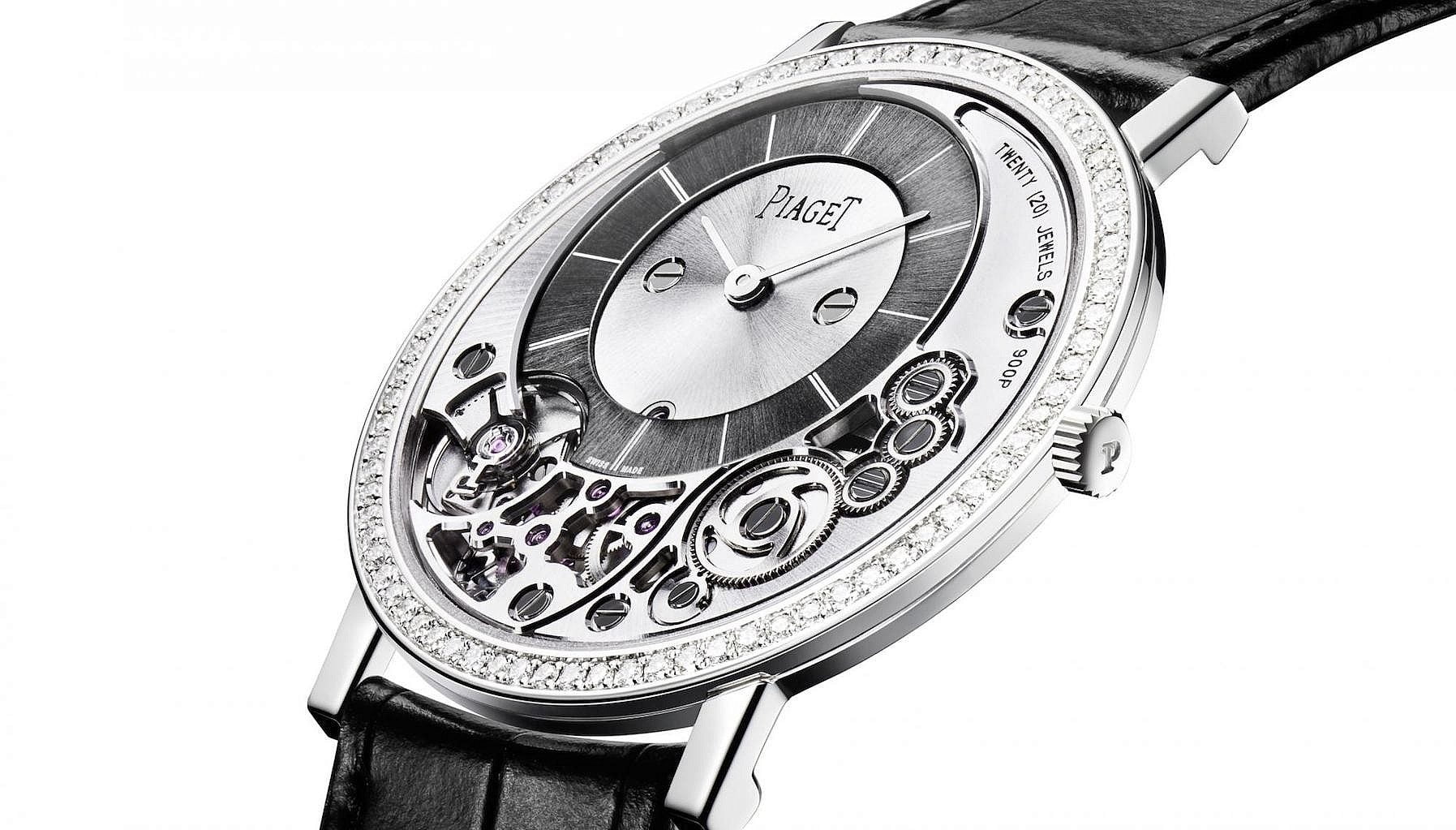 Neither entirely a movement nor exactly a case – or rather both at once — Piaget’s Altiplano 38mm 900P is the world’s thinnest mechanical watch. Merging the hand-wound calibre with the case elements, it is designed as a single entity in order to achieve record-breaking slenderness at just 3.65mm thin. Representing a crowning achievement in over half a century of virtuoso skills displayed in the realm of ultra-thin watchmaking, where Piaget reigns supreme, the new watch conveys the excellence of the two integrated Manufactures run by the Maison. The skills of the watchmakers, case constructors and designers converge in giving life to this masterpiece of reliability and precision.