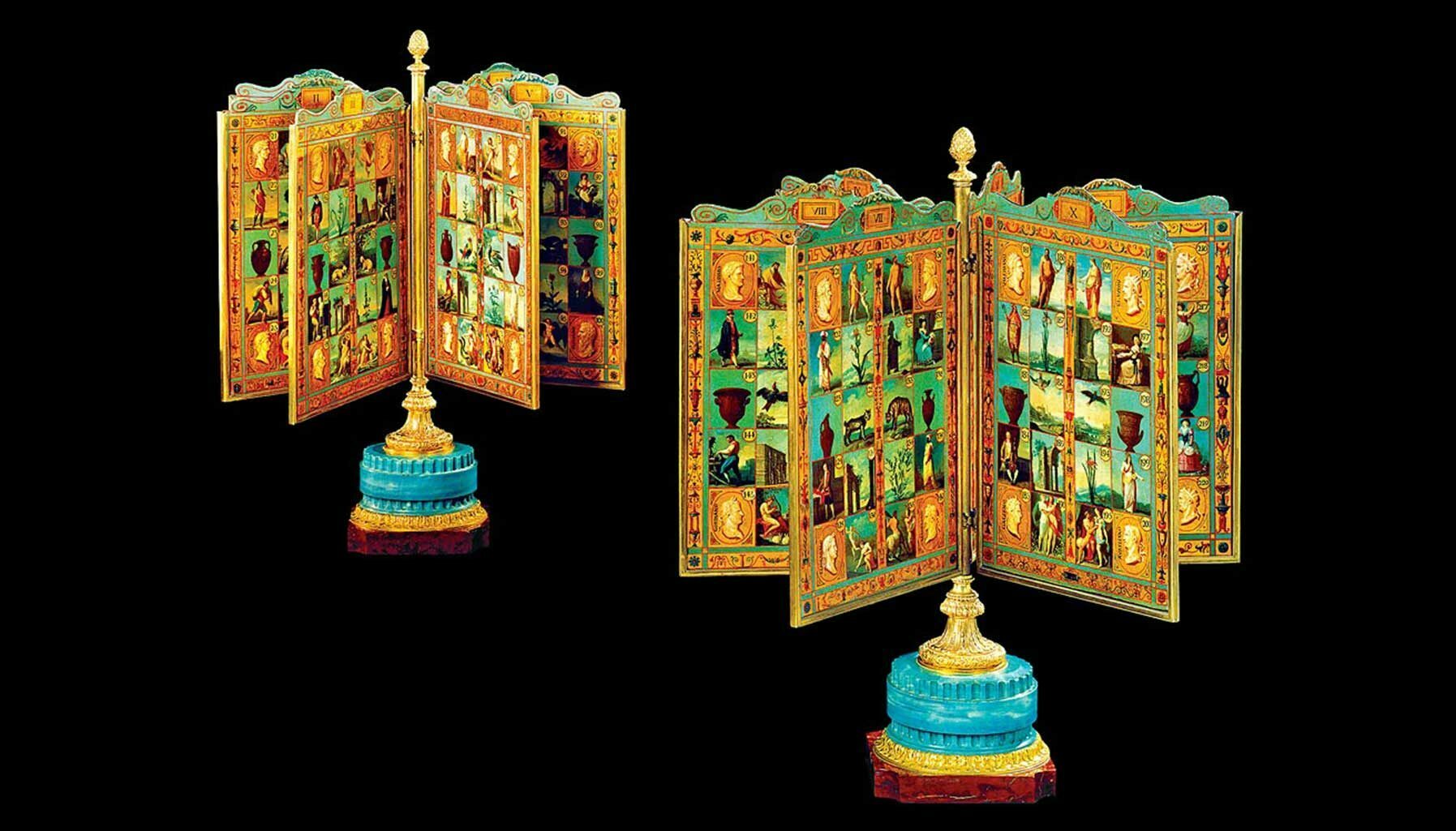 Salon-goers in 18th-century France frequently played loto, known to the rest of the world as bingo. But instead of cardboard sheets checked with alphanumeric grids, loto enthusiasts used decorated wooden boards such as the 12 examples pictured here. Made circa 1785, this jeu de loto set features depictions of Caesar, Tiberius, Caligula, and other Roman emperors in some boxes, and animals, plants, urns, ruins, stock characters, and details from paintings in others. Dennis Harrington, an associate at Paris-based Pelham Galleries which sold the boards, suspects that they were never played on because the set does not include gaming tokens. “Either the chips did not survive,” he says, “or the owner thought the boards were too nice to use and saved them in their present state.” A subsequent owner, possibly a member of the Rothschild family’s Viennese branch, mounted the boards on marble bases. 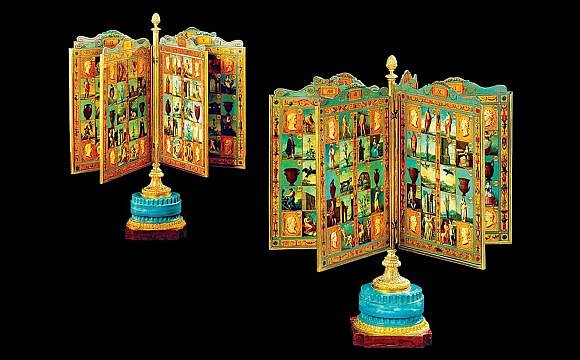