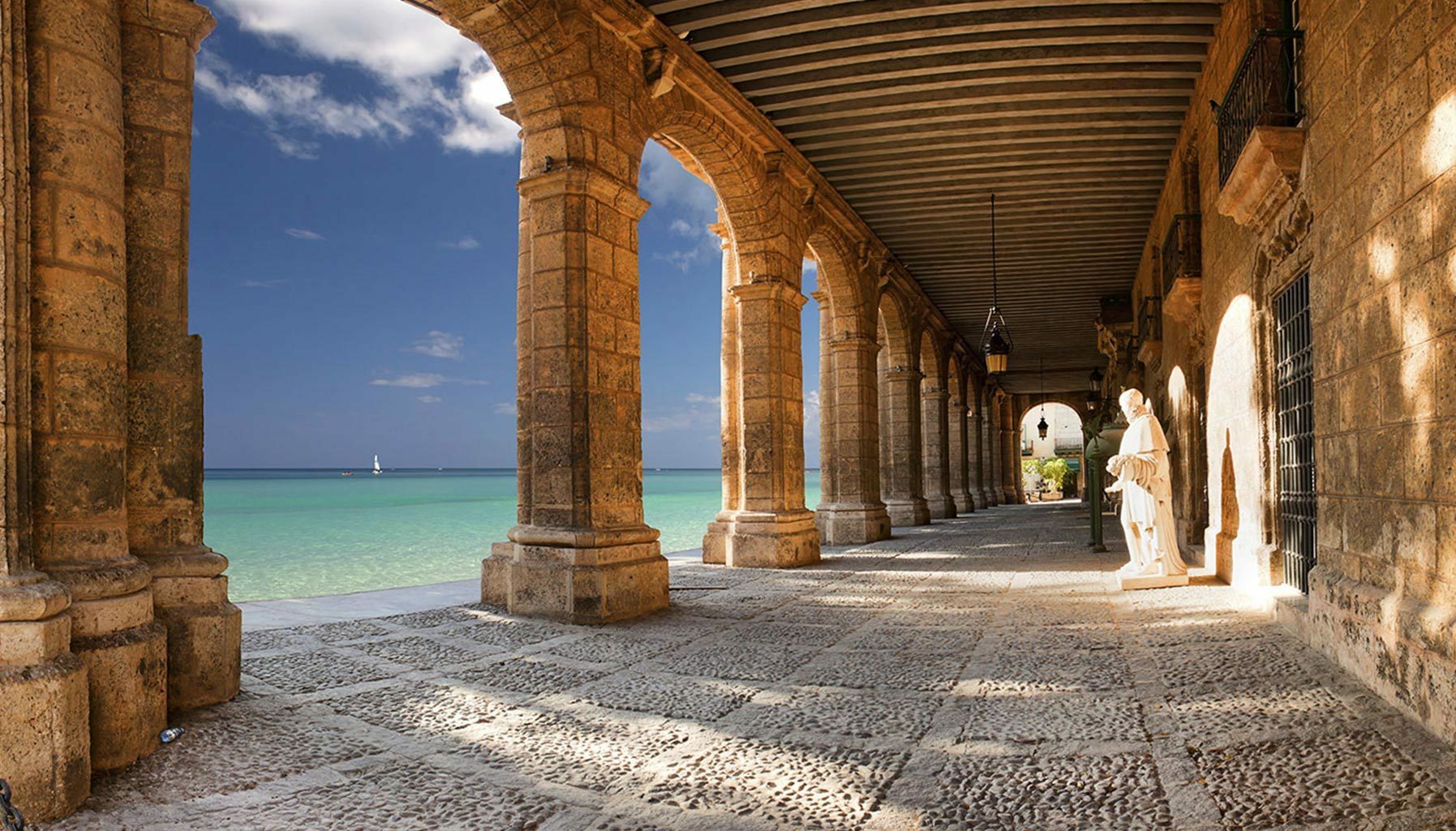 A GUIDE TO THE PEARL OF THE ANTILLES

I had climbed the unlit concrete stairs just off a quiet street in central Havana expecting to arrive at a smoker’s boutique. Instead, I found myself standing in Alfonso’s tiny apartment, where a cache of Cuba’s most forbidden fruit – cigars – was carefully piled atop his kitchen table. I hesitated, hovering in the doorway, staring at the wooden boxes. Is this legal? Is this legit?

Ignoring my trepidation, I picked up a Cohiba. The bands were clean and uniform. The label featured the tell-tale hologram. The logo was a perfect replica to my admittedly untrained eye. But simple logic told me this box – with an asking price of just US$100 for 25 cigars – was too good to be true. And yet, Havana had already cast a spell on me, with its bubble-gum-pink and cherry-red classic cars whizzing past crumbling colonial ruins fronted by slender palm trees. So I pulled out my wallet and gave Alfonso two US$50 bills. Counterfeit or not, it was a story. And a story is exactly why you come to Cuba.

For nearly 60 years, Cuba has been frozen in time – but no more. But despite the landmark changes occurring, much about this country – from how to get a visa to how to get a good cigar – remains a mystery. If you plan to go, here is everything you need to know when travelling to Cuba. 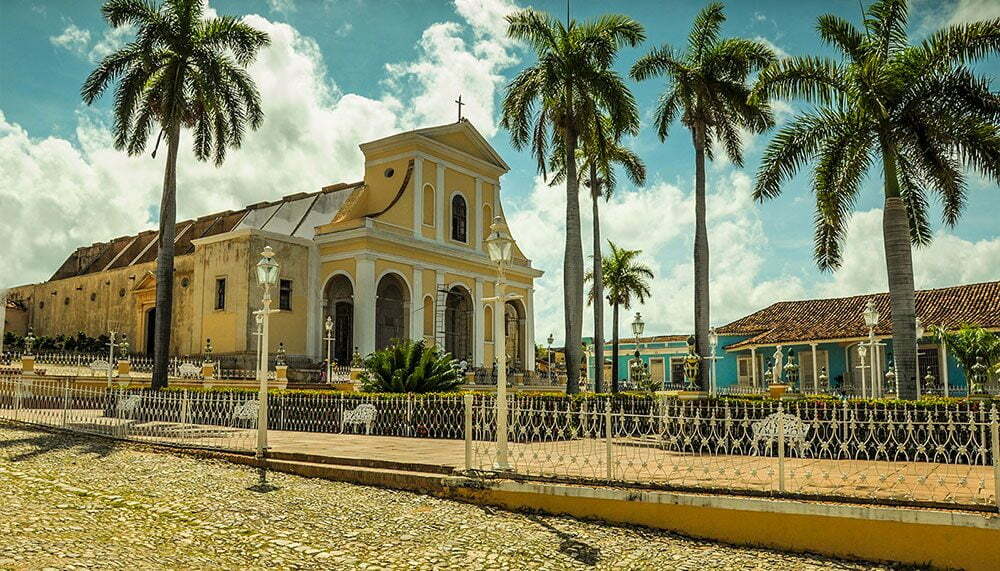 It’s safe
More than half a century of isolation has its perks: Drugs and firearms have yet to infiltrate Cuba on any perceptible level. By extension, violent crimes are rare. There is little risk in a casual stroll down the narrow alleys of Old Havana, or even a late-night cab ride to your hotel. The greatest danger you’ll face is the occasional tourist trap or pickpocket, so use the same caution you would at home.

High-end accommodations do exist
Luxury hotels are few and far between in Cuba. In central Havana, Hotel Saratoga offers the most comfortable accommodations, including the Suite Habana with its claw-foot bathtub and wrap-around terrace overlooking El Capitolio. Next year, the German brand Kempinski will open the country’s newest international hotel with 200 rooms. For now, more luxurious options include a limited number of private villas and superyachts, which can be arranged by Cuba Educational Travel.

Cash is king
CUC or CUP? Cuba’s dual-currency system makes for plenty of confusion. Making matters worse: credit and debit cards are hardly worth the plastic they are printed on, as ATMs are few and far between, and most establishments do not have the means to process credit payments. Bring cash – and lots of it – to convert to CUCs, the Cuban convertible peso with  a fixed rate of roughly 1 to 1 with the U.S. dollar, at any bank or hotel. By contrast, the CUP, Cuba’s moneda nacional, is used almost exclusively by locals and is commonly the only currency accepted at state-run markets and restaurants.

Dig in
The rumours are true: dining in Cuba can be like playing Russian Roulette. State-run restaurants are, by all accounts, a gamble. (What type of meat is in my hamburger? Is that meat in my hamburger? Also, my hamburger tastes nothing like a hamburger.) Luckily, the country’s many private restaurants offer diners a dash of sophistication and authenticity. Paladares, as they are known, first appeared in the 1990s during the post-Soviet economic crisis, when the Cuban government allowed – albeit begrudgingly – family-run restaurants to set up shop. Today, thriving paladares such as El Cocinero (in Havana’s hip new cultural space, Fábrica de Arte) and Atelier (a vintage wonderland set on the second floor of a Spanish colonial villa) serve the best of Cuba’s local cuisine in style. Daily menus vary – after all, availability of produce and meat varies on any given day – but ingenuity is in excess. In addition to old standbys like ropa vieja – a national dish of shredded beef with garlic, tomato, oregano, and bay leaves – you’ll encounter imaginative and resourceful dishes such as zucchini spaghetti and tamarind chicken.

Light up
Despite the many ways to end up with a bad cigar in Cuba, there are a few assuredly legitimate outlets for obtaining the country’s best of the best. Avoid street vendors, and instead start at the Partagás factory in Havana, where tours occur with some regularity. Reputable hotels such as the Hotel Habana Libre are also home to authorised purveyors. When purchasing, look for clean and uniform bands, a triple-capped foot, and a hologram seal on the box. 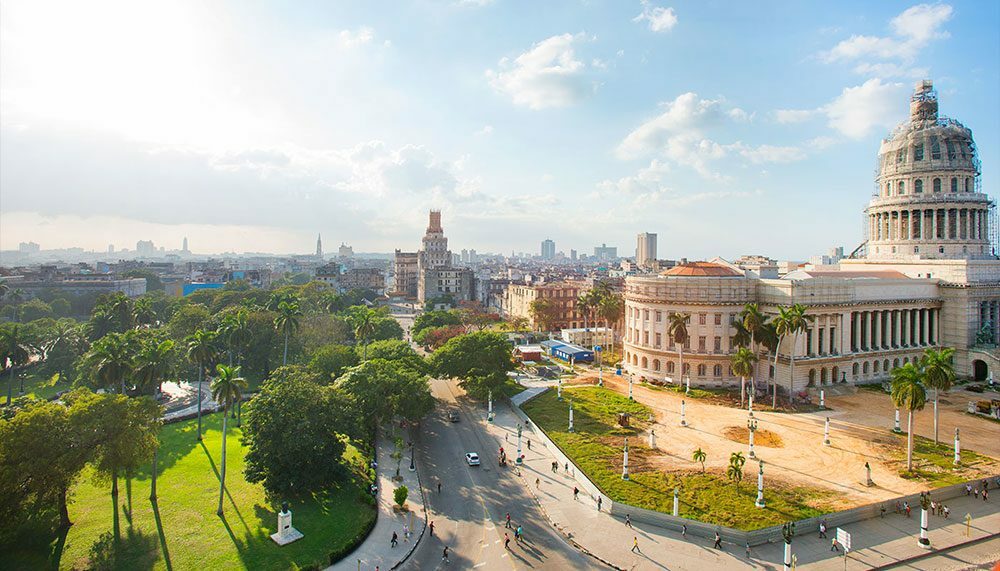 Buy art
Cuba’s arts scene remained resilient throughout the revolution and the last 55 years; with the easing of restrictions, collectors and connoisseurs from around the world have taken notice in a big way. To connect with the country’s biggest and most promising artists, skip the state-run galleries, and visit the private studios of such contemporary pacemakers as Esterio Segura, Carlos Garaicoa, and Roberto Fabelo.

Prepare to unplug
Cuba is one of the least digitally connected countries in the world. Just a handful of state-provided hot spots around Havana offer slow – and expensive -connections. State-run hotels also provide Internet for their guests. Surprisingly, content is largely uncensored, however, applications such as FaceTime and Skype are banned. To stay connected within the country, buy a local mobile phone.

Go beyond Havana
A short trip outside of Havana reveals another reason why now is the time to see Cuba: Like much of the Caribbean, the country is home to white sand and sparkling waters; unlike its neighbours, however, Cuba has yet to welcome hordes of tourists via cruise ships and all-inclusive resorts. Don’t miss a day trip – or a yacht excursion – to the pristine beaches of Cayas Coco (on an Atlantic-facing coast ideal for watersports) or Playa Ancón (near the colonial town of Trinidad). 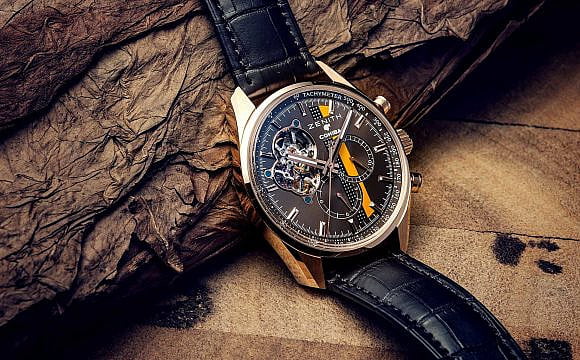