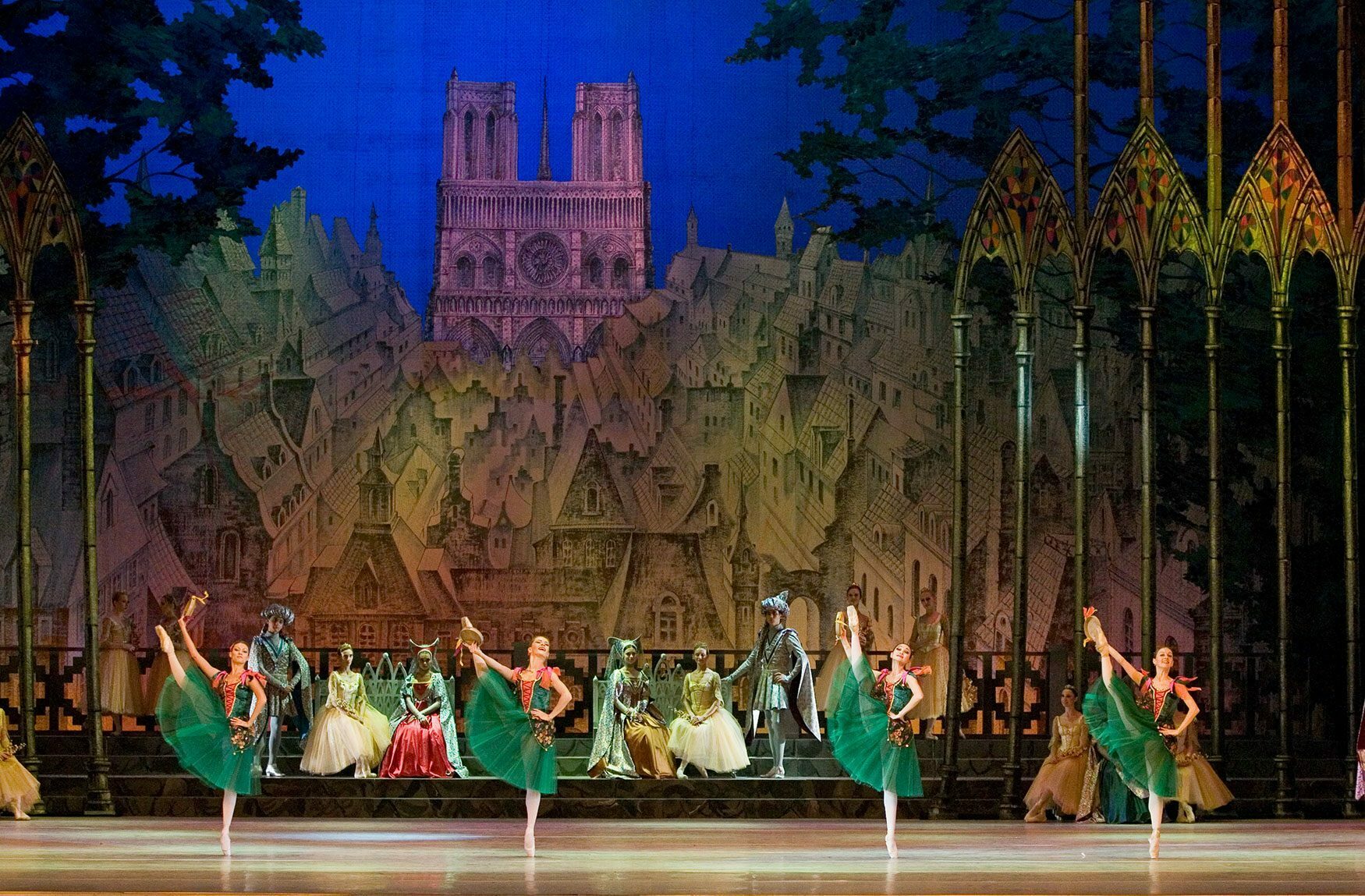 This year Bangkok’s International Festival of Dance & Music celebrates 21 years of bringing the best in opera, ballet, music and more to a growing Bangkok audience. Scheduled from September 11 to October 23, this carefully curated six-week long festival is full of performances that you don’t want to miss, covering everything from the classical end of the scale all they way over to the modern and contemporary.

The Festival opens with two classical operas: Turandot and Rusalka by Ekaterinburg Opera Theatre from Russia.

Ekaterinburg Theatre’s first offering is Giacomo Puccini’s two-act opera Turandot (Sept 11), featuring leading Italian tenor Paolo Lardinzzone. The story set in China, has Prince Calaf falling in love with a coldhearted Princess. To marry her, a suitor must solve three riddles; wrong answers result in death. Calaf passes the test, but Turandot still refuses to marry him. He offers her a way out: if she is able to learn his name before dawn the next day, then at daybreak he will die.

On September 13, the company stages Antonin Dvorak’s Rusalka, an opera in three acts, sung in Czech. If the story of the Little Mermaid intrigues, Rusalka will positively enchant. The story is simple: an immortal water nymph falls in love with a prince and yearns to become human. With his music Dvorak brings into focus the essential differences between humans and supernatural beings. It’s a dark tale of love, and differences that can never be bridged.

On September 16 & 17 attention turns to ballet as satire, as espoused by the storied Les Ballets Trockadero de Monte Carlo, from New York. This company of professional male dancers performing classical ballet and modern dance has enjoyed decades of success thanks to its satirical take on the dance form. It’s hard not to laugh when male dancers balance delicately en pointe as swan princesses, delicate sylphs, ethereal water sprites, and Victorian ladies.

Switzerland’s Compagnia Finzi Pasca brings to the Bangkok stage La Verità (Sept 21 & 22), an electrifying performance that was developed over the course of 35 years. Inspired by surrealism, the performance is a combination of acrobatics, theatre, dance and music with multi-talented singers, dancers and acrobats. The company has also created three Olympic Ceremonies, five operas and a multimedia show. Spanish newspaper El Mundo calls their performance “A show that combines the language of acrobatics with dreamlike images."

It’s back to fairy tale world with two performances by The Imperial Ice Stars from the United Kingdom. On September 26 & 27 they will take to their massive frozen stage at the Thailand Cultural Centre for Swan Lake on Ice, while on September 28 & 29 it’s the turn of Cinderella on Ice. This innovative portrayal of Tchaikovsky’s classic love story features over 35 skaters including 20 World, European and National Championship skaters, with beautiful sets and dazzling costumes. Both shows are perfect for audiences of all ages.

The Festival then turns to Beijing and China’s National Treasure Li Yugang on October 5 & 6, for two shows of Lady Zhaojun – a contemporary interpretation of a classic story of one of China’s legendary ancient beauties. In store is a grand production with elaborate sets and stunning costumes and a performance that connects the enigmatic orient of the past and its traditions to the 21st century, drawing deeply on the traditions of Chinese opera, folk music and drama while energizing it with newer innovations. The production traces the path of Lady Zhaojun as she devotes herself to ensuring lasting peace between the Han dynasty and Xiongnu empire.

Taking a contemporary turn the festival heads to the Netherlands with Introdans (Oct 11), the country’s most active ballet company. A range of leading choreographers have created astonishing choreographic works for Introdans, all superbly crafted and delivered by accomplished artists. For Bangkok the company will perform two works of choreographer Hans van Manen (Polish Pieces and Black Cake), Ella by choreographer Robert Battle to the music of Ella Fitzgerald and In Memoriam by choreographer Sidi Larbi Cherkaoui. This performance is all about the joy of dance.

On October 13, it’s time for classical music with Hungary’s leading symphonic orchestra: Concerto Budapest Symphony Orchestra. Under the baton of conductor, world-renowned violinist and pedagogue András Keller, the century-old orchestra will tackle Franz Liszt’s Les Preludes, Pyotr Tchaikovsky’s Symphonic Fantasy – Francesca da Rimini and Bela Bartok’s Concerto for Orchestra. András Keller is also the Artistic Director of the orchestra and his leadership led to a period of dramatic artistic growth and development for the orchestra.

The scene shifts to classical ballet with three performances by Kremlin Ballet: Esmerlada or The Hunchback of Notre Dame (Oct 15), The Thousand and One Nights (Oct 17) and Swan Lake (Oct 19). The first is based on Victor Hugo’s romantic tale of the hunchback of Notre Dame (Notre Dame de Paris), the second on an Arabian folktale and the third is Tchaikovsky’s most famous ballet and the ultimate symbol of the Russian ballet. The ballet company was founded nearly three decades ago at the Kremlin Palace and has been an integral component of the creative achievements in Russian ballet ever since. All three spellbinding masterpieces are choreographed by Andrei Petrov who is also the Artistic Director of Kremlin Ballet, and will be accompanied by an orchestra conducted by Evgeny Volynsky.

Curtains come down on the 21st edition of the festival with a tour de force: José Carreras, who performs in his Farewell Concert. With a Grammy award to his credit and several nominations, Carreras is one the famous Three Tenors. In Bangkok, he will be accompanied by world-renowned soprano Celine Byrne and conductor David Giménez.

This is an extraordinary opportunity to catch one of the greatest talents known to the world, live in Bangkok – don’t miss it!