Known as phonographs, gramophones, record players, or turntables, the altar of the dark vinyl disc has enjoyed a popular revival in recent years. However, for audiophiles, vinyl records have remained a constant presence. Over the years, a small handful of companies have been quietly toiling away to push the boundaries of turntable design – in some cases producing incredible products that are rarely seen outside of the occasional electronics show or audiophile home. Some consider the pursuit of perfect analogue reproduction to be insane given vinyl’s inherent flaws. But can an art form ever be truly perfected?

Pondering that question, we have scoured the industry for the most artistic and beautiful examples of the iconic turntable, which are manufactured in all corners of the globe. Each example is designed with perfect sound reproduction in mind and cost as no object. They are the culmination of countless hours of research, development, and design efforts, borne of an obsession with the ultimate goal of experiencing pure music.

Take a spin with these examples and decide for yourself.

What has six legs, weighs 220kg, and will set you back about US$130,000 (RM525,000)? The Transrotor Artus FMD, the top-of-the-line reference offered by Transrotor, whose design philosophy promises to reproduce music with no “colouration" to the sound – meaning the equipment used does not add any discernable change to the music. The Artus FMD (free magnetic drive) features a Cardanic suspension on a gimbal that works similar to a gyroscope, so it can remain level regardless of the subfloor it is placed on, with no interruption of music. This masterpiece of German engineering is machined from solid billets of high-quality aluminium and is sure to live up to its musical promises thanks to its total isolation of the platter from the motor.

Analogue playback is a precise art. To that end, it makes sense to trust Swiss manufacturing when selecting a turntable for your exacting audio playback needs. The AAS Gabriel from DaVinciAudio meets those needs and looks good doing it, coming in a variety of automotive colours, including Ferrari Rosso Corsa and Aston Martin Onyx Black. The bearing is magnetic, and the platter is damped to eliminate resonances. It can accommodate up to four tone-arm bases, but a basic rig with two tone-arm bases and one tone are Grand Reference VIRTU will set you back around US$80,000 (RM323,000).

3. The mashup of Red Valentino Fall/Winter 2016

This season, Valentino’s little sister is taking more cues from it than ever before. Red Valentino’s Fall/Winter 2016 collection features numerous elements from the main collection while given a youthful yet rebellious edge.

Textures rule the day as the collection uses a mix of embroidery, knits, patterns and various types of lace as embellishment. Inspiration is derived from a myriad of sources, resulting in an eclectic collection steeped in contrasting concepts.

Masculine tailored outerwear in the form of oversized peacoats and embroidered bomber jackets are paired with ultra-feminine sheer lace skirts. Slouchy leather knee-high boots serve as an unexpected finishing touch. The palette remains dark and moody, reminiscent of the iconic Nanny McPhee; there are even traces of Freddy Krueger in the red and black striped jumpers.

The Triangle Art Ultimate LE lives up to its moniker in many ways. It is especially ultimate in heft, as the entire turntable weighs in at 385kg, with the platter itself a solid 45 kg metal component. It is no surprise that it is also ultimate in sonic quality. The Ultimate LE is called the most stable turntable in the world due to its sheer mass and exceptional hydrodynamic oil-fed bearing. The gleaming gold and chrome tower is designed to support two tone-arms and stands 135cm tall. The Ultimate LE is priced at US$129,000 (RM520,800) and is a worthy centrepiece for any analogue audio collection.

The Clearaudio Statement is certainly not hard on the eyes. Its otherworldly frosted acrylic platter rises from the cleanly machined metal tower like a futuristic power source, spinning at the perfect speed and waiting for the rectangular structure above to drop its stylus into the groove. The Statement will set you back US$170,000 (RM686,350), but you can be confident that you are getting the very best the venerable German manufacturer has to offer, including components that NASA used on the Mars Rover. The turntable offers impeccable speed control, a massive weight balancing the bearing at the bottom, and instant speed correction if any drag is detected on the platter. 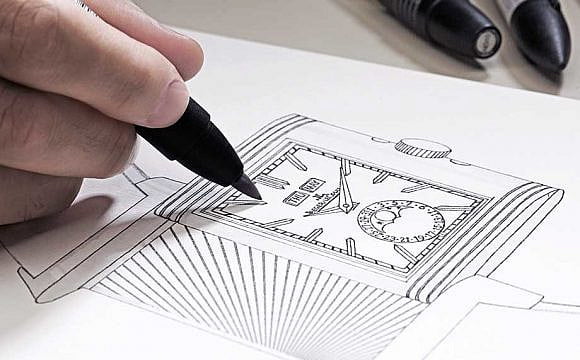 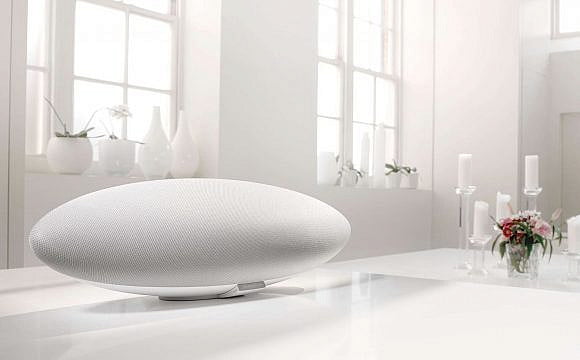 The amazing Zeppelin Wireless speakers gets a lighter, whiter hue