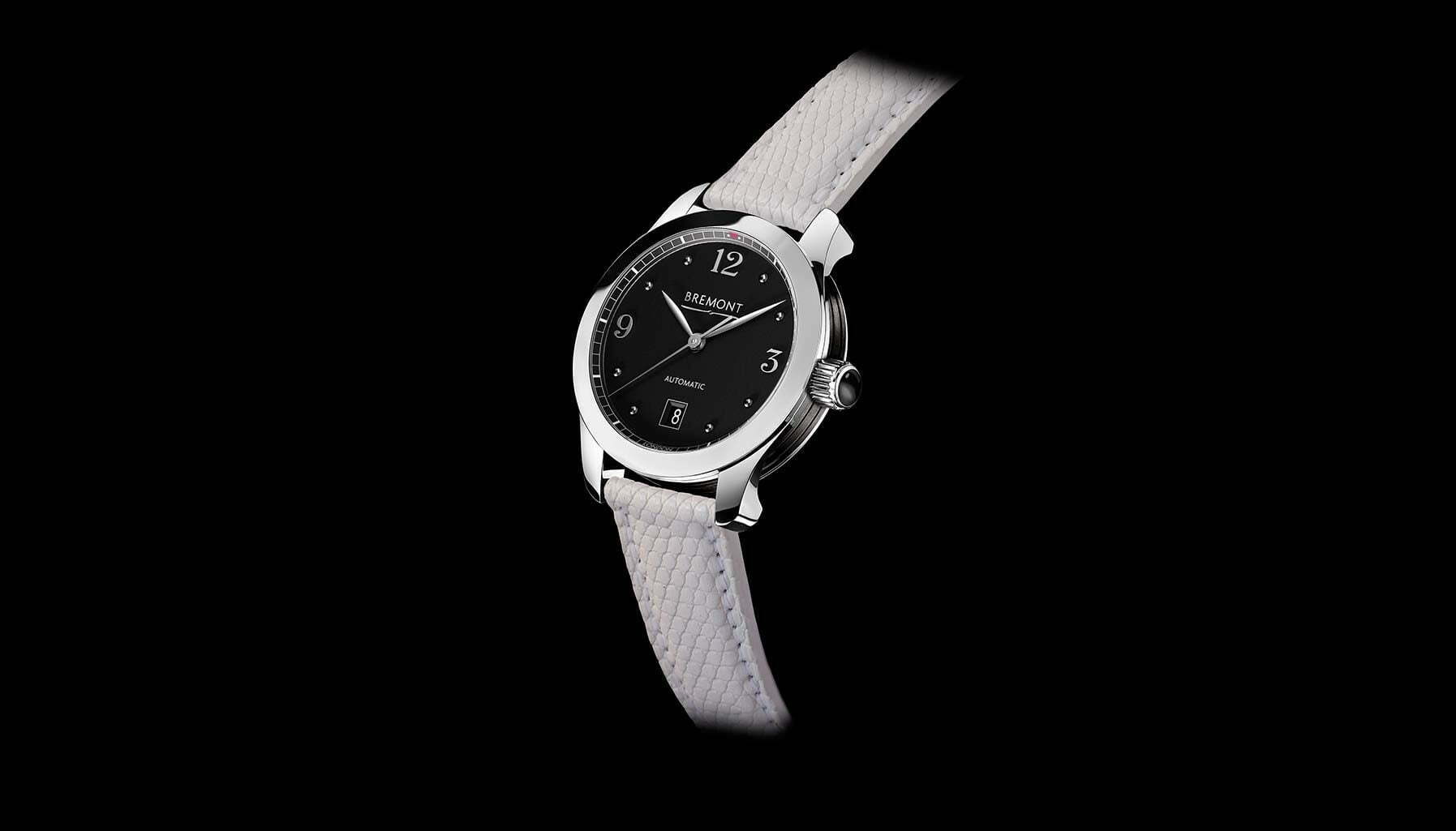 Founded by two English brothers who inherited a passion for flying vintage aircraft from their father, Bremont has always prided itself on creating high performance timepieces for the adventurous male. At this year’s Baselworld, however, the British watchmaker surprised all with its first collection for women, the Solo-32.

Both models in the collection are inspired by two of the greatest female pilots in history. The Solo-32 AJ timepiece, available in a black or white dial, is named after Amy Johnson, Britain’s first qualified female ground engineer who, in 1930, became the first woman to take on a solo flight from England to Australia. She accomplished the journey in 19 days in a de Havilland Gypsy Moth biplane that did not have a radio, lights or fuel gauge. The second watch, the Solo-32 LC, is named after Lettice Curtis, the first female qualified to fly a four-engine bomber and who was part of the British forces during the Second World War.

Within the Solo-32 timepieces beats the BE-10AE chronometer rated automatic movement giving a 40-hour power reserve. As the model name indicates, each timepiece measures 32mm. And like the timepieces that came before them, the Solo-32 watches benefit from a hardening treatment on their steel cases that make them a robust 2000 on the Vickers scale.