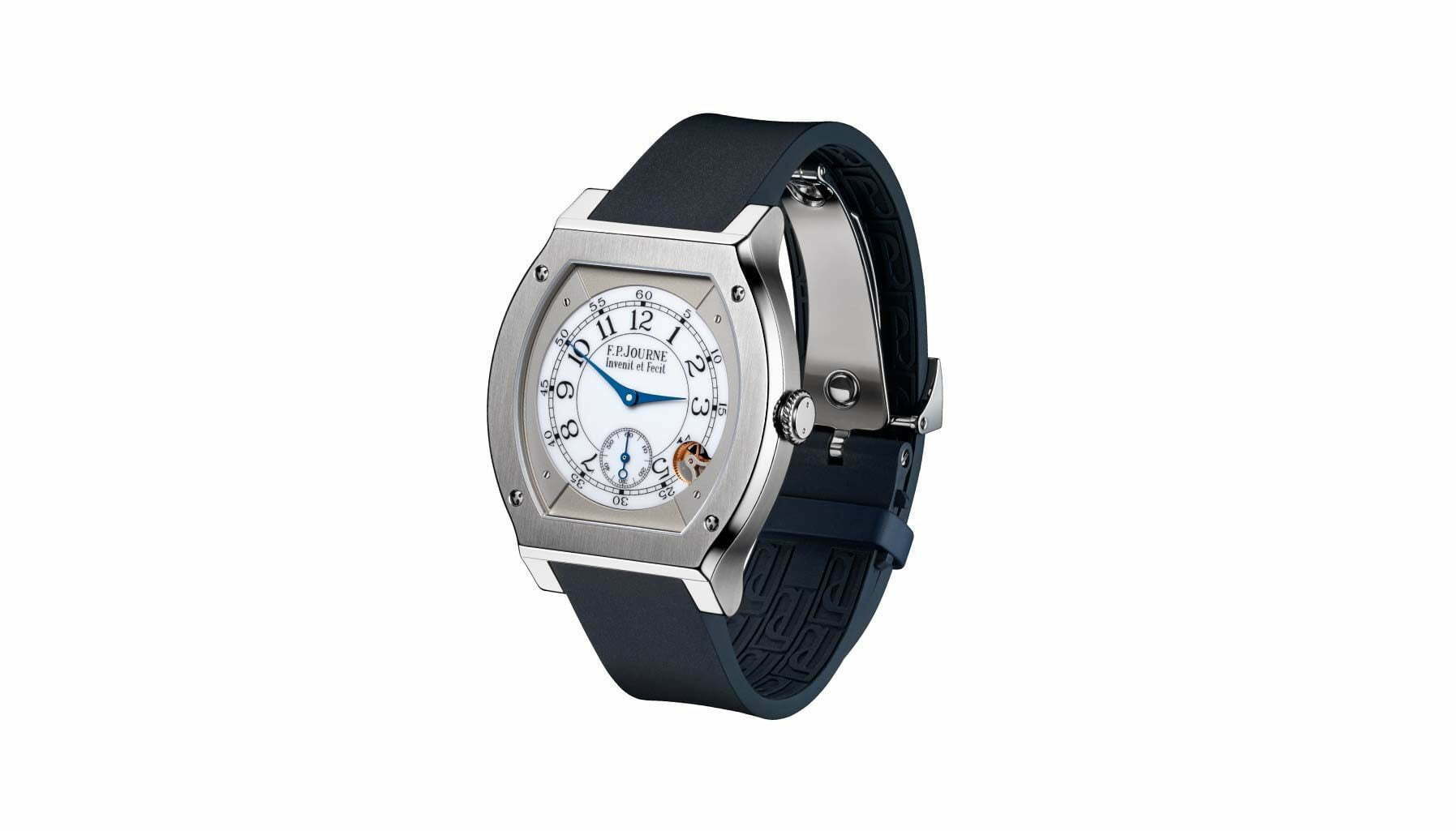 It is a common belief that quartz movements are the inferior cousins of mechanical ones, too simple for master watchmakers like Francois-Paul Journe. But in 2014, the founder of FP Journe surprised all with Elegante, his debut ladies’ collection comprising only quartz pieces. With it, Journe proved that in the hands of a genius, even a quartz timepiece can become a tour de force of engineering.

Indeed, the calibre 1210 within each Elegante watch is no ordinary quartz movement. Journe drew the blueprint of its design around the battery life. If not in use, the timepiece can remain functional for up to 18 years without a battery change, a feat made possible by a clever feature that helps the watch sense when there has been no movement from the wearer for 30 minutes. It then pauses the hands (the movement of which is notoriously the highest energy consumer in a quartz timepiece) but keeps the timekeeping function running. Once the watch is in use again, the hands spring to life to indicate the right time. In addition, the hands are driven by two motors instead of the one, reducing the length of the gear trains and thus the number of components.