The business of wearable technology has exploded to become a multi-billion dollar industry. We know more about our own health and fitness behaviour than ever before. Even as basic fitness trackers proliferate, both start-up companies and established brands are moving the needle beyond the mere gathering of fitness statistics to provide wearers with information that can improve safety and performance – from yoga pants that assist with alignment to a system that analyses which golf club will give you the best results at the tee to free weights that help lifters preserve good form.

Some of the most exciting smart fitness gear being developed is in the cycling category, and most of it improves safety in addition to relaying sports-performance data. The new technology from Garmin, Varia Vision, provides a head-up display designed for cyclists. The sleek unit attaches to a cyclist’s sunglasses and displays data from a smartphone such as precise directions, performance measures (including speed and calories burned), and text, e-mail, and call notifications, so cyclists can keep their eyes on the road ahead while safely navigating and tracking their ride statistics. It can be paired with Garmin’s Varia rearview radar system to warn cyclists of traffic approaching from behind.

This marks a new trend in the health-tracking category that we are sure to see more of this year: a coordinated suite of electronics. While the three products included in the HealthBox are not new—a fitness-tracking wristband, a wireless scale that measures both weight and body fat, and a heart-rate monitor—the ability to acquire them all at once and link them has a strong appeal. The only thing the company left out was its new step-tracking running shoes. Such coordination should help stanch the proliferation of health apps and devices from multiple brands that fail to communicate with each other.

With golf re-entering the Olympics this year for the first time since 1904, the release of this new tracker by Scotland-based start-up Shot Scope Technologies could not be better timed. The wristband communicates with lightweight trackers that can be inserted into each club so golfers can collect and analyse their personal game statistics. Using GPS, every shot is mapped and laid over a virtual view of the course, as seen on the brand’s smartphone app. Players can learn the distance and accuracy for each club they use, as well as track their short game and putting data, from proximity to hole to shots to finish.

Australian newcomer Wearable Experiments has created a unique pair of tights meant for yoga and other practices where alignment and form are essential. Using internal textile sensors, the Nadi tights send gentle pulses as feedback to help adjust poses. Frequency and intensity of the vibration change based on the body’s position. The coordinating app, planned for release later this year, compares the wearer’s position with the proper angles. “Posture and alignment are incredibly unique to each individual," says Pilates expert Erika Bloom. “The changes each of us need to make can be different from moment to movement to mood, so it’s great that these tights are focused on how crucial proper alignment is to exercise, to life, and to our bodies. External feedback such as touch is very effective for improving people’s proprioception and mind/body awareness, which are the essential tools for embodying proper posture and finding correct alignment." The tights are expected to be released in late 2016.

It is no oxymoron that this is one smart pair of dumbbells. The SelectTech 560 weights contain a sensor to track the number of reps a user completes, total weight lifted, and calories burned. That these statistics can be recorded by the weights is useful, but what makes these dumbbells truly innovative is that they base a user’s rep count on the first move made of that exercise, so they help lifters maintain form—even toward the end of a set—with an audible cue. Celebrity trainer Rick Hagaman of Blue Clay Fitness says, “These dumbbells just might put me out of business! The simple mechanism in the handle allows for easy adjustment, which means minimal storage space and versatility, allowing them to be used by the whole family."

Fitness trackers have become so plentiful that the category seems nearly saturated, and few examples stand out for innovation. But Mio Global just might be the exception with its debut of a wristband called the Slice later this year. The Slice rejects the 10,000-step mantra most devices (and fitness buffs) have internalised as the minimum goal for daily movement and instead creates a whole new metric called Personal Activity Intelligence (PAI). This number factors in age, gender, resting heart rate, and maximum heart rate. Shifting an entire mind-set away from step-tracking and translating the new metric into something meaningful for consumers might be a challenge, but the benefit here is that even exercise that does not include steps—such as swimming, cycling, or even gardening—can be included in your daily numbers. Cardiovascular health is taken into account by tracking heart rate through the wristband.

In coordination with fashion designer Iris Apfel, WiseWear has created a beautiful new line of connected jewellery. Three brass bracelet styles compose the Socialite Collection of activity trackers, and each can be customised in either 18-karat gold or palladium plating. The bracelets perform the basics of fitness tracking: logging steps, distance, and calorie intake through coordination with an app. They can also be set to vibrate with incoming texts and e-mails, as well as calendar reminders. One fresh aspect is the ability to tap out an emergency distress signal in instances of danger, such as being stranded in an area lacking cell service. “I recommend step counters to clients because they truly result in clients being more active throughout the day by turning it into a fun personal challenge," says Pilates trainer Erika Bloom. In this case, it is also an attractive package 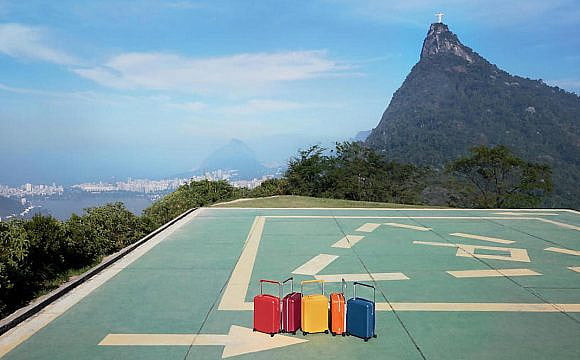 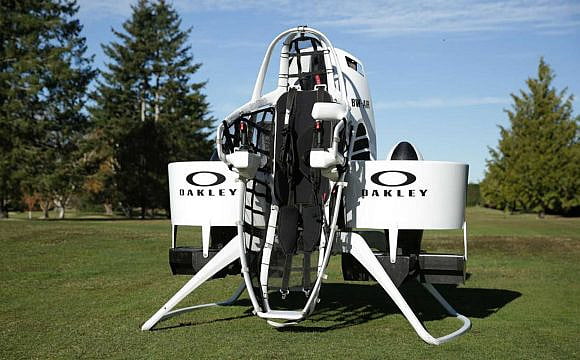 Why drive a golf cart when you can fly one? 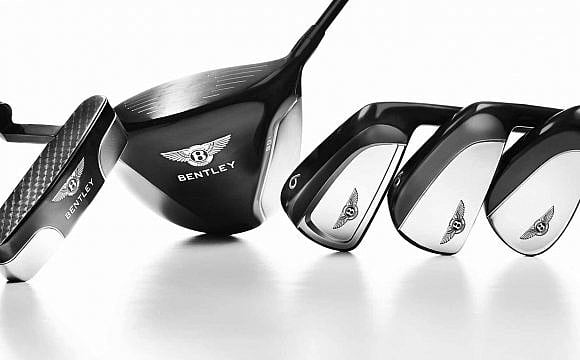