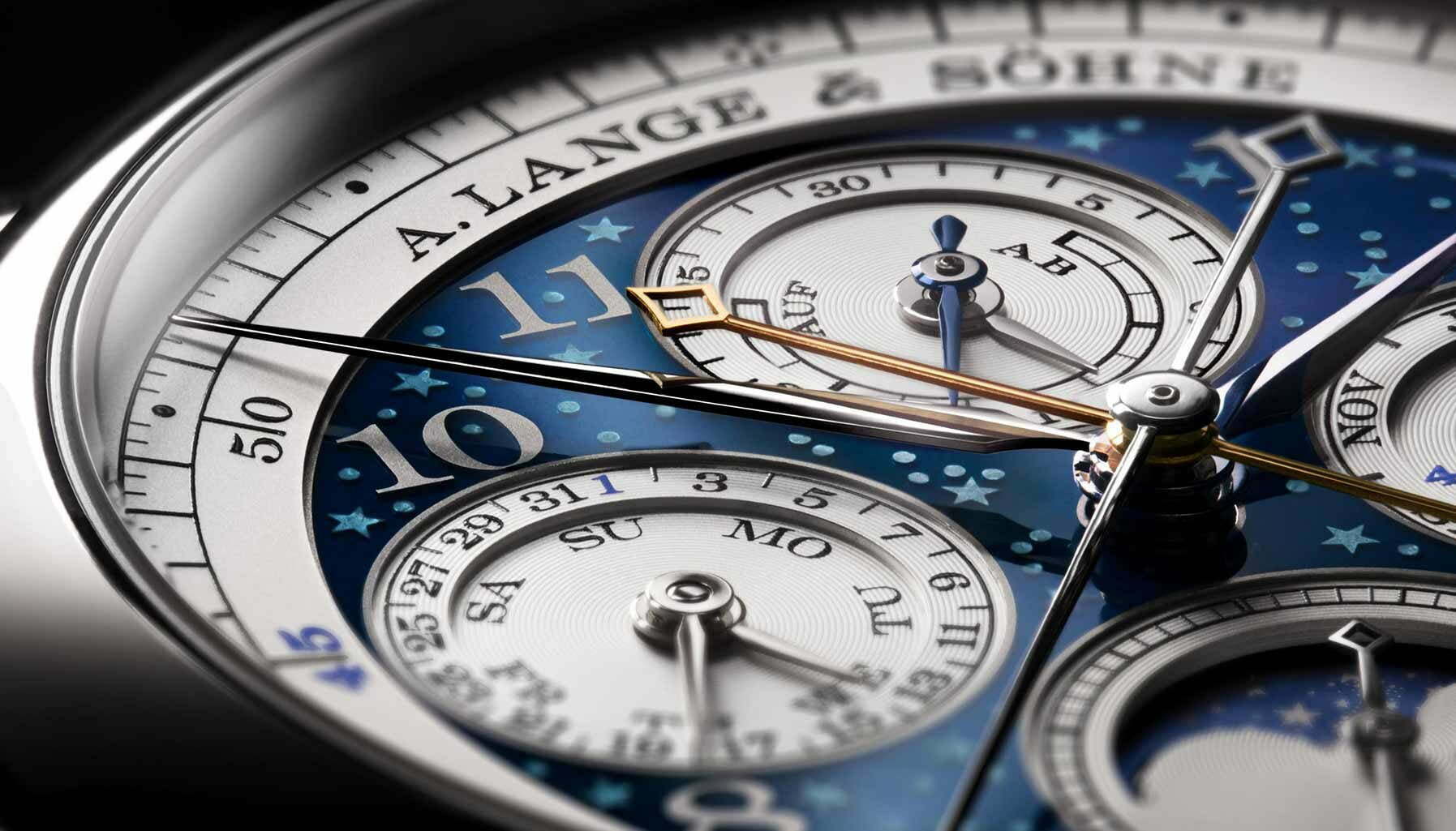 Finishing at the A Lange & Sohne manufacture is something taken very seriously but not without pleasure. Every movement made here comes adorned with classic Glashutte ribbing, black polishing, bevelling and chamfering. Then, there are hallmarks like the blued screws with gold chatons and the hand-engraved balance cock.

As they’re so intricately decorated, all A Lange & Sohne timepieces are masterpieces in their own right. But the manufacture continues to strive for more. This is where the Handwerkskunst collection comes in.

Handwerkskunst is German for ‘craftsmanship’ and this is what the collection is all about. Ultra-rare and straight-up awe-inspiring, these watches have been finished and decorated to a level far beyond the usual (already very high) A Lange & Sohne standard. Yes, there’s no such thing as too much finishing. Indeed, if an A Lange & Sohne watch died and went to heaven, this will be its final resting place.

Since 2001, A Lange & Sohne has made six limited-edition watches bearing the Handwerkskunst collection fine label. Beginning with the Richard Lange Tourbillon Pour le Merite Handwerkskunst, the manufacture worked with its uniquely sought-after honey-coloured gold, using it for the case as well as the dial.

Here, A Lange & Sohne debuted a traditional decorative technique known as tremblage, where a burin leaves indentations all over the surface in eight directions. This results in a three-dimensional satin finish. All 15 pieces made were sold out at the launch.

Following the Richard Lange Tourbillon Pour le Merite, A Lange & Sohne turned to its latest and most advanced watch, the Zeitwerk. Widely opined to be the most controversial A Lange & Sohne timepiece if there ever was one, the Zeitwerk Handwerkskunst showed how modernity and tradition may coexist flawlessly. Once again, the tremblage technique was used all over the dial, this time in white gold.

What proved to be a formidable challenge for the engraver was the A Lange & Sohne logo displayed over a curved arc and the filigreed lettering of the power reserve indicator – one false move and the entire dial would be ruined. This 30-piece limited edition was cased in platinum while the time bridge was crafted out of solid German silver.

Next to be given the Handwerkskunst treatment was the iconic Lange 1 and the manufacture opted to work on the immensely complicated Lange 1 Tourbillon Perpetual Calendar. In addition to tremblage, there is also the classic art of relief hand-engraving applied to the white gold dial and, for the first time, the numerals of the famous outsized date display were painted by hand, the beauty of which simply cannot be overstated. Cased in platinum, A Lange & Sohne made only 15 of these eye-wateringly gorgeous timepieces.

Adding Enamel To The Mix

Continuing with the Lange 1, the manufacture celebrated the 20th anniversary of this iconic timepiece by releasing the Lange 1 Tourbillon Handwerkskunst. This, in particular, had an astonishing black enamel dial enclosed in a platinum case.

The famous eccentric-shaped tourbillon window follows the curves of the off-centred dial. So does the tourbillon bridge which, in a stroke of horological genius, was black polished yet it stands in striking contrast to the dial. The movement, too, received additional decorative touches instead of the usual Glashutte ribbing. It truly earned this 20-watch limited edition the Handwerkskunst epithet.

For 2015, a year when A Lange & Sohne commemorated the 200th birthday of its founder Ferdinand Adolph Lange, the manufacture veered off the beaten path just a little more and ended up with the 1815 Tourbillon Handwerkskunst.

Unlike the standard 1815 Tourbillon, this version had a black-rhodiumed pink gold dial decorated with tremblage engraving. Relief elements like the brand logo and hour numerals are polished to a mirror gloss. That striking contrast between the polished gold and satin grey surfaces left many collectors dizzy with desire. Only 30 were lucky enough to call it theirs.

Coming Back Even Stronger

After the 1815 Tourbillon, A Lange & Sohne took a year-long hiatus, but returned in 2017 with the 1815 Rattrapante Perpetual Calendar Handwerkskunst, a timepiece well worth the wait. The dial and hinged caseback consist of blue enamelled white gold with relief hand-engraving, bringing a completely new technique into the collection. This 20-watch limited edition is the first Handwerkskunst collection model that combines enamel art and engraving on the dial, which is made of white gold.

Over the back, the hunter-style caseback bears an engraving of the moon goddess Luna. It shields the sapphire crystal glass sitting above the movement, also beautifully decorated with tremblage and relief engraved stars. Chronograph lovers will obviously swoon over the 631-part manufacture calibre L101.1.

To build a watch is engineering, but crafting a timepiece is pure artisanship. With such incredible masterpieces behind its name, A Lange & Sohne definitely puts the tick in artistic. 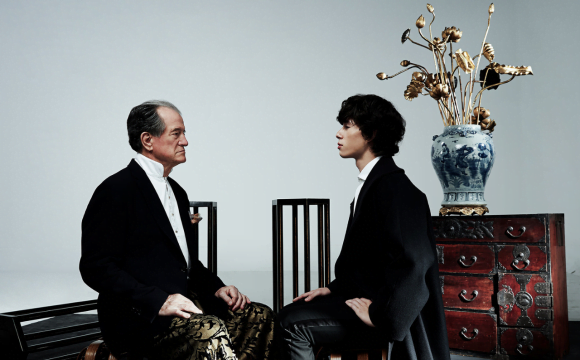 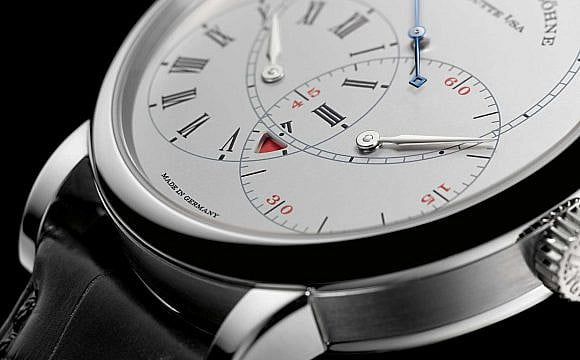 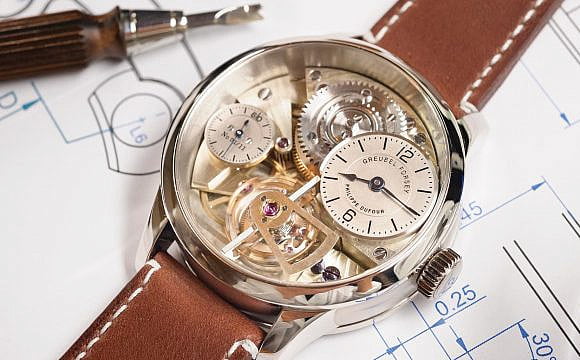 A. Lange & Söhne’s thinnest timepiece yet