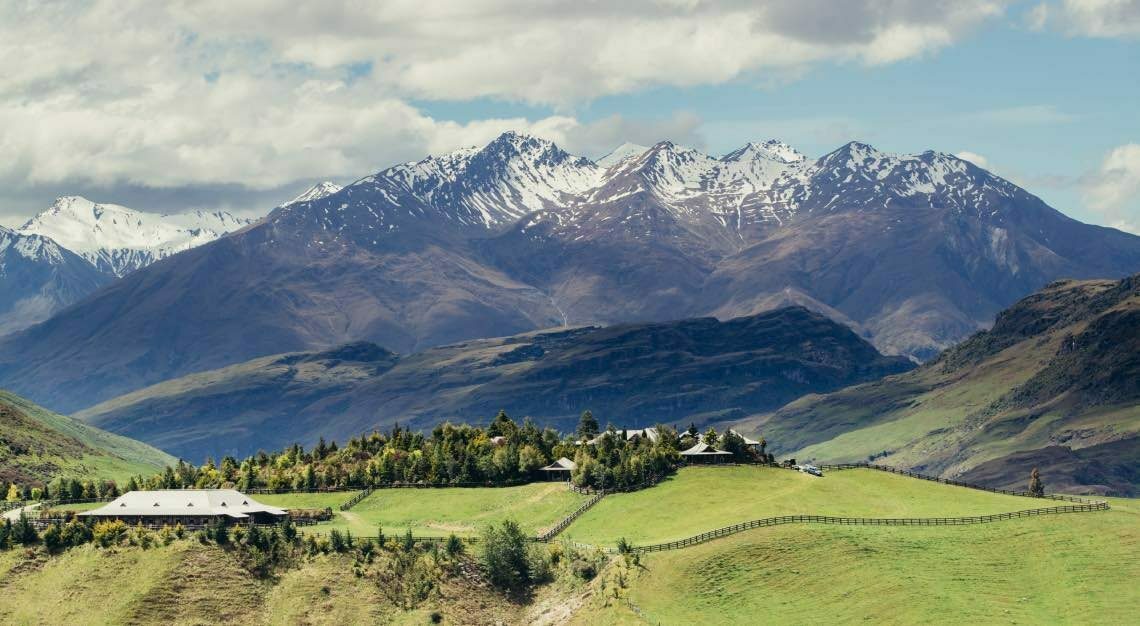 It takes a fraction of a second to admire the beauty of New Zealand, but much more time to truly love it

It has been more than seven years since my last visit to New Zealand and nearly two decades since I first stepped foot onto South Island, which is where I’m headed to once again. I don’t have many memories of my first trip – except that the country featured in my primary school composition about my favourite holiday. Whoever knew that years later, I’d be writing a similar story, with a slightly different lens?

I cling to this thought as I board Singapore Airlines’ Airbus A350-900 from Changi Airport to Christchurch. The business class configuration of 1-2-1 comes with all-aisle access which means that I’ll have my own private cocoon. After dinner, the steward folds out my 28-inch leather seat out to form a fully flat bed and I call it a night.

Upon touchdown in Christchurch, I’m taken on a short city tour courtesy of Canterbury Leisure Tours. Founder Kevin Edlin doesn’t shy away from answering why the city’s iconic cathedral is still in a state of ruin, despite the earthquake happening eight years ago. “Repairing the structure isn’t difficult," he says, “but resetting a foundation in preparation for another possible disaster is much more difficult to pull off."

The country’s vision, one that works towards a ‘pure’ New Zealand, goes beyond rebuilding its structures, minimising waste and recycling.

Here, it means protecting its mountains and forests from pests. Pests – such as rabbits, deer, possums, cats and even sheep – that a tourist would mistake for native wildlife.

“Bunnies are not native here. They, along with other pests, upset the balance and damage the ecosystem. They were introduced to New Zealand in the 19th century by the British and Scottish", says Huntly McGregor, estate manager of Mahu Whenua, a luxury homestead in Wanaka. First brought in as a food source, the rabbits multiplied beyond expectations. When dusk falls, McGregor goes hunting to keep the numbers low. Ridding Mahu Whenua of pests is a tedious process and one he admits will never end. The ridgeline homestead occupies over 55,000 hectares of land, making it a bit of a challenge to upkeep.

McGregor has been tending to the property for over 15 years, from when it was still a private property owned by country music superstar Shania Twain and then husband Robert ‘Mutt’ Lange.

The land was bare, and McGregor and his team started errecting fences and planting over 1.5 million native flora, including toetoe grass, rosehip, manuka and pittosporum. A rather apt decision then to name the property Mahu Whenua, which translates to ‘healing the land’. It took over 10 years for a vastly noticeable change, and today, McGregor has shifted his efforts to rid the land of pests. He proudly shows the eco-sanctuaries for buff weka (a flightless bird that looks similar to a kiwi, but with a shorter beak) and pukeko, with predator-proof fencing and external traps to keep out ferrets and feral cats.

Back on the estate, the residence is one to behold. Stepping in feels like you’ve entered a holiday home. The living area invites you to relax and the well-stocked pantry beckons you to grab a snack. Of the four suites, my favourite is the Tui Suite and its bath that offers a stunning, unobstructed view of the ridge.

Blending In As One

This scene at Mahu Whenua is fairly similar to The Lindis, a gorgeous futuristic lodge in Ahuriri Valley, a two-hour drive away. While occupying a much smaller piece of land, the 2,630-hectare terrain stretches as far as your eyes can see.

You might miss the lodge itself as the architecture takes its cues from its surroundings and is designed to mimic the slopes and curvatures of the mountains. Given its remote location, The Lindis doesn’t use electricity,and instead relies on geothermal energy to keep ambient temperature at a comfortable 22 degrees Celsius, no easy feat for a property sitting 750m above sea level. In autumn and winter, natural gas is used to keep the rooms warm. Water is as fresh as it gets; piped directly from the glaciers.

Like most of New Zealand, it takes an ‘invisible team’ of workers to maintain the land. It has a working cow and sheep station, along with a stable of 15-and-a-half horses (the last one’s a miniature and is tasked with keeping lonely horses company). Ahuriri River, located right by the property, is said to be one of the best fly-fishing spots, and the team has to regularly ensure that over-fishing doesn’t happen.

Given the size of The Lindis, you wouldn’t experience much by walking, so it’s best to go with a guide, or better yet, sign up for a gliding session with Glide Omarama, which will bring its planes right to The Lindis’s doorstep.

New Zealand is known to be one of the top gliding spots in the world and gliding over Omarama – the closest town to The Lindis – is said to be spectacular. From above, you’ll get to see lakes Benmore, Pukaki and Ohau, and even Mount Cook on a clear day.

But for a foolproof way of seeing New Zealand from above the ground, and one that doesn’t induce motion sickness, a heli-tour would be your safest bet.

Alpine Helicopters offers various day trips, including the experience of a lifetime, the Fiordland Heli Traverse. It’s a condensed two-week journey packed into a single day, with a pilot and guide leading the way. You’ll fly over fjords, get up close to waterfalls and glide above forests, beaches and mountains, even catching glimpses of piercing turquoise-blue glaciers peeking out between cracks of snow. But it’s not just a scenic ride. There’ll be opportunities to make pit stops throughout the journey, including one at Lake Quill, which funnels into the Sutherland Falls.

Your Trash Is As Good As Mine

Fiordland Heli Traverse includes a stop at Pebble Beach as well, where I go for a walk. New Zealand fur seals are tanning themselves on the rocks and playing in the shallow pools of water in the distance. It’s here that I witness the love that New Zealanders have for their islands. We come across trash along our way and our guide, James, gets a trash bag out of his backpack and starts filling it. “People who enjoy nature have a natural inclination to protect it," he says.

Such thoughtfulness is also felt in the lodges. You won’t find plastic bottles in your room; metal bottles are instead given and can be refilled straight from the tap. Bathroom amenities are also in large, refillable bottles with bamboo toothbrushes and organic toothpaste provided upon request.

Alpine Helicopters will take you to the most secluded sights around Queenstown and Wanaka, but a fitting end to the trip is at Minaret Station. It’s (nearly) all mountain on this 20,200-hectare high country farm and its remote location – it’s only accessible via helicopter – means that all supplies must be flown in daily. Apart from hiking or heli-skiing, there’s barely anything else to do here.

You’ll appreciate just how tiny you feel in the vast wilderness. The chalets are dwarfed by the mountain range and just before the sun sets, you’ll be able to spot wildlife (or pests) emerging from their hiding spots. The hot tub on the chalet’s terrace provides one of the most remote soaks you’ll ever enjoy while stargazing. And take time to appreciate your chalet’s interior. The wool used for the headboard, carpet and beanbag are supplied by the working sheep station at Minaret.

Back on low-lying ground at Canterbury, Miles Refo takes guests on tours of Otahuna Lodge’s garden. Built in 1895 for Sir Heaton Rhodes, a New Zealand politician, the 14-bedroom property exudes the glamour of a bygone century. Stepping in, you’ll notice its original patterned wallpaper – a Japanese import in the 1890s – plastered on its walls. Here, Refo and co-owner Hall Cannon have a different conservation project in mind: one that restores the estate’s 12 hectares of gardens to their heyday.

When Refo and Cannon took over the property some 13 years ago, they put their heart into restoring the property (and turning it into a six-suite home) and its grounds.

Trees were painstakingly planted over a period of two years, and non-native plants that were present in the original estate – like the anchor plant from South America, Trachycarpus fortune from Guangzhou and the Pacific madrone from California – were pruned and tended to.

You’ll come across a century-old tree in the Dutch garden, pear trees in the orchard, and herbs and vegetables used in executive chef Jimmy McIntyre’s cooking. “Sir Rhodes left quite a legacy, and we’d like to uphold that for his people," says Refo with a smile.

The lodges in New Zealand wear conservation like a badge of pride, but they don’t overtly sell their cause. And the reason why lies with how the citizens were raised. “We were brought up to love the land," says Tom Butler, general manager of Blanket Bay, a luxury lodge that sits by Lake Wakatipu.

So deeply ingrained is this belief for land preservation that it has touched the heart of foreign investors.

From the outside, Blanket Bay looks like any other luxury accommodation. In the compound, you’ll find a main lodge, along with separete chalets, villas and residences, nothing out of the ordinary. It’s only when you’ve spoken to the staff or done extensive research that you realise how much its owner, American Tom Tusher, had put his heart into protecting the land.

After Blanket Bay was constructed, New Zealand started opening its economy to welcome foreign investors, and being one himself, Tusher realised that there was a possibility someone would convert the sheep ranch that surrounds Blanket Bay into a commercial estate. In a heartbeat he purchased a perpetual lease (where the right of renewal rests on Tusher, instead of the lessor) on the Bay’s surrounding land, thereby ensuring the landscape wouldn’t change.

And it’s the same at Mahu Whenua. Lange could have easily divided the land into smaller plots for commercialisation, but having come to love the country, he signed an environmental covenant with the government. The legally binding document prohibits activities that will potentially harm the ecological landscape, even if Lange decides to sell the land one day.

“The new owner wouldn’t be able to construct more chalets even if he wishes to do so", says McGregor.

As my trip draws to a close, I conclude that New Zealand is no mere pretty-face with its excruciatingly beautiful landscapes; it has successfully instilled a love in its people and rallied them to keep her safe from things that may threaten her already-fragile ecosystem.

As David McNay of Limousine Services Queenstown puts it succinctly: “If one person leaves with a new-found impression of New Zealand and what we stand for, we’ve done well." 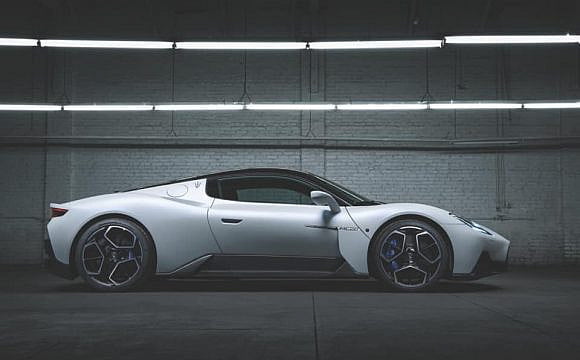 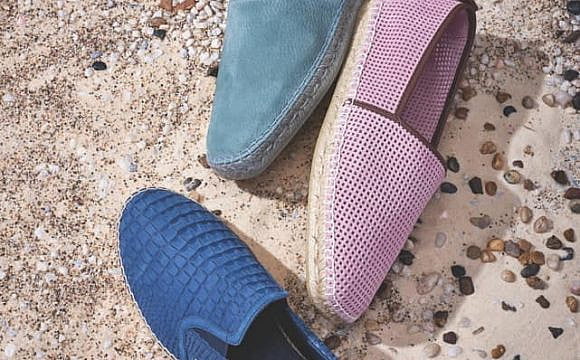 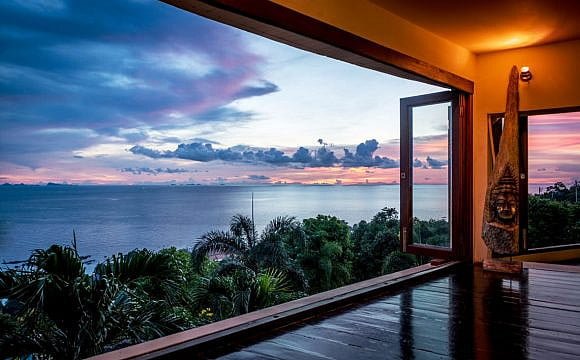 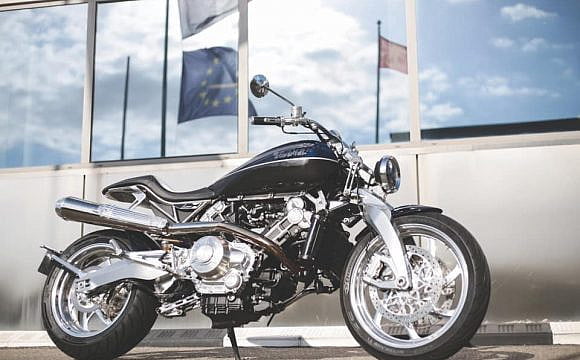