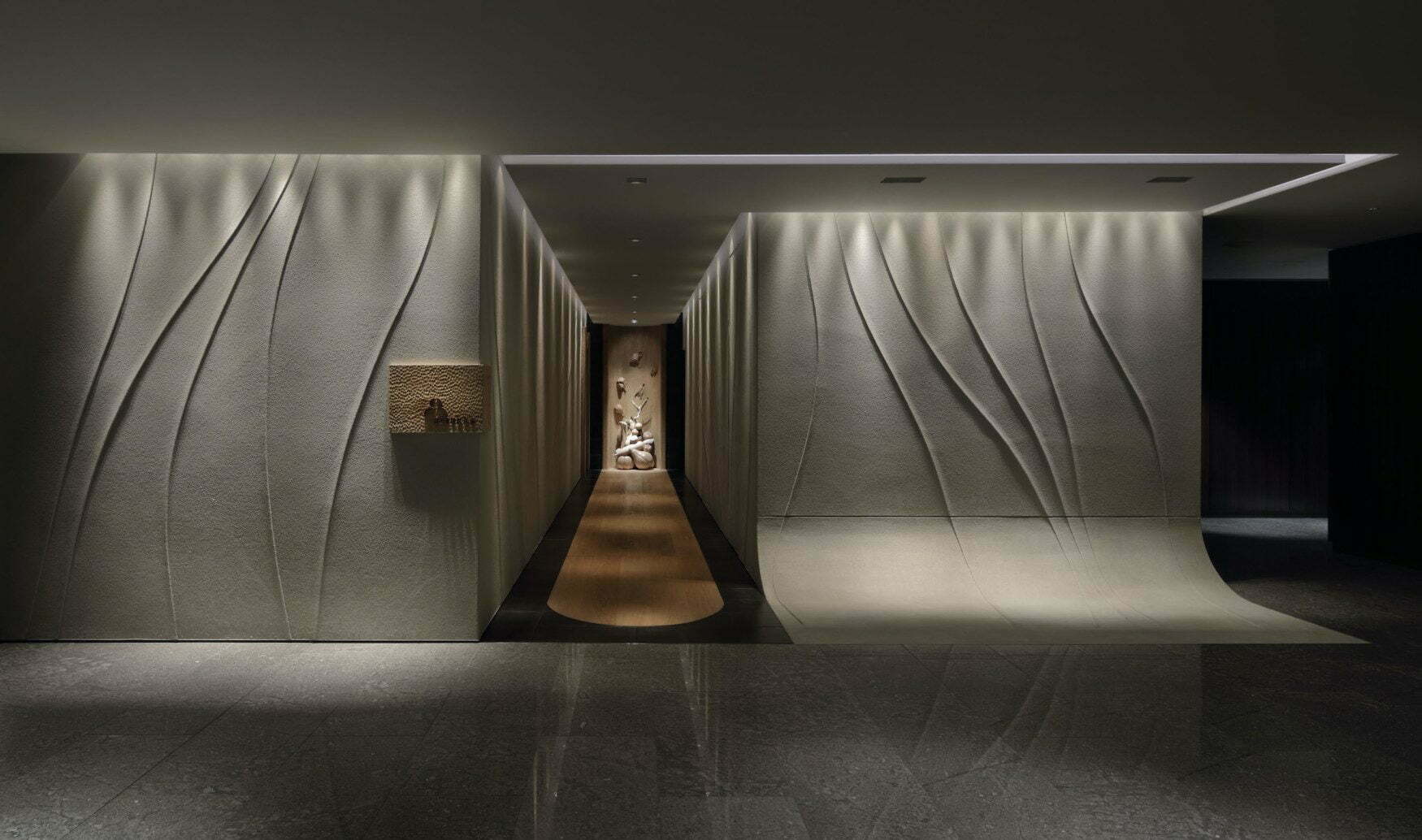 Inspired by nature, Esterre – whose name literally translates as ‘mother earth’ in the Occitan dialect spoken in the south west of France where world-renowned chef Alain Ducasse was born – embraces the natural flavours of the terroir (land and sea) by placing more emphasis on ingredients such as grains, vegetables and fruits rather than limiting them to their traditional roles as accents and accompaniments. First-course presentations incorporate, for example, the likes of chickpeas, quinoa, leeks, mushrooms and nuts as their base ingredient while desserts turn to the natural sweetness of fruits rather than refined sugar.

Another core pillar of the new restaurant is local sourcing. In line with Ducasse’s philosophy of first uncovering what high-quality ingredients can be found in a given destination and then applying French culinary techniques to their preparation, Esterre serves up the best produce from throughout Japan.

Independent fishermen supply the restaurant while the wagyu beef comes from Tochigi. And the culinary team has partnered with small, environmentally friendly farms to bring ingredients such as avocados from Wakayama, vegetables from Nagano, and mikan (Japanese mandarin orange) from Ehime – with regional sources varying with each change of the seasons, as temperatures gradually warm from the south of the country to its centre and then to its northernmost part.

Though the cooking techniques used remain predominantly French, some reflect elements of culinary traditions unique to Japan – such as how marinades and seasonings are prepared.

“Our concept of applying French techniques to bring out the distinctive, natural flavours of the most beautiful produce the Japanese terroir can offer presents an incredibly exciting challenge," said Esterre’s Chef de Cuisine Martin Pitarque Palomar, former sous chef at Michelin-starred Alain Ducasse at The Dorchester.

Palace Hotel Tokyo and Ducasse Paris have also appointed Thomas Moulin, who was most recently pastry chef at Rech by Alain Ducasse in Hong Kong, as chef pâtissier. Together with Chef de Cuisine Martin Pitarque Palomar, the two will collaborate not only on the new restaurant’s menus, but also the afternoon tea presentation of Lounge Bar Privé – the hotel’s chic lounge and bar located adjacent to Esterre and whose popular French-inspired afternoon tea will now reflect hints of Esterre.