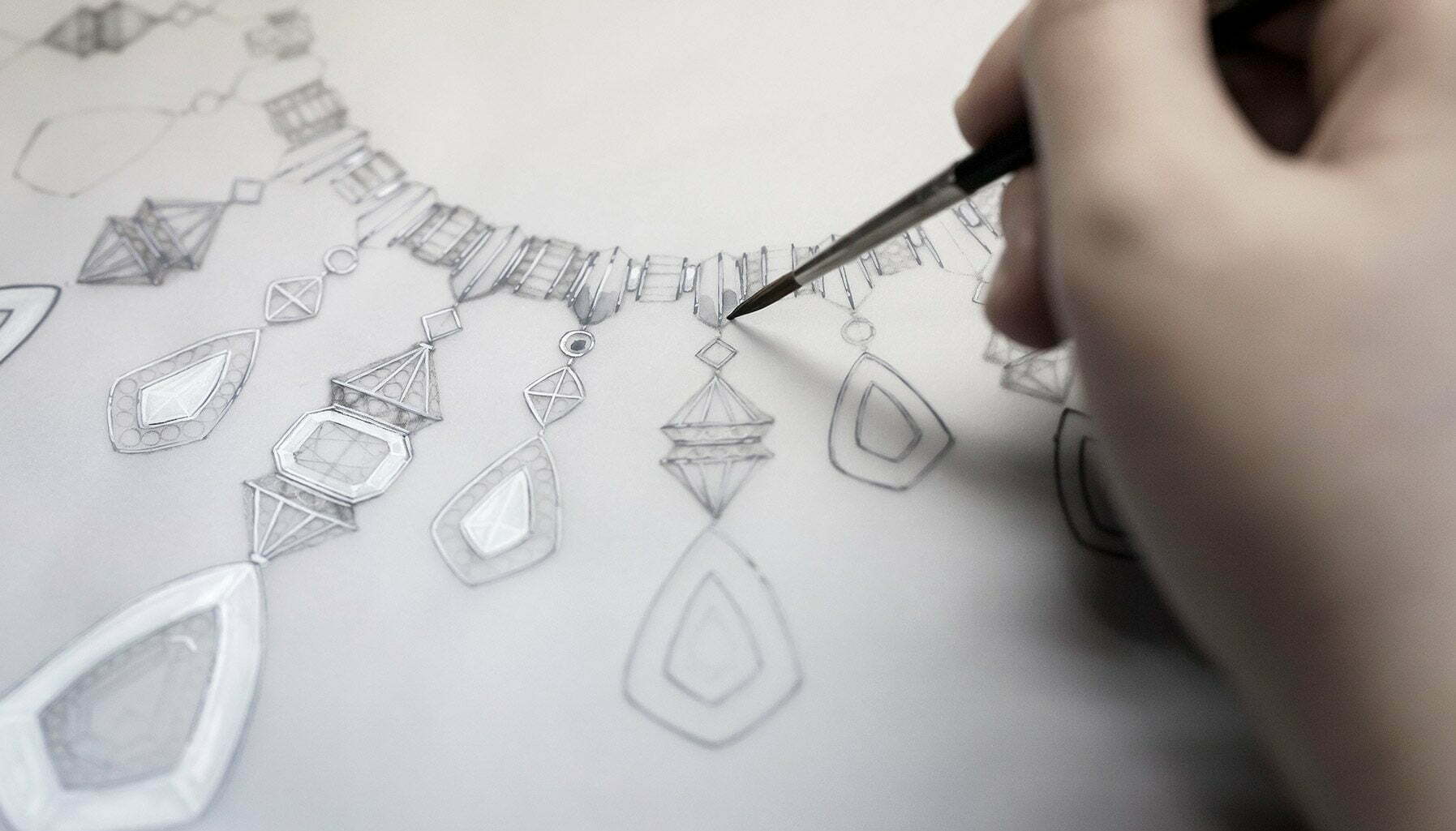 The maharaja of Patiala – followed by his entourage of attendants carrying boxes of gemstones – paraded across Place Vendôme, from the Ritz Paris to the Boucheron boutique. On that day in 1928, the Parisian jewelry house received what was still its most extravagant commission: 149 jewelry pieces to be made with the Indian ruler’s stones, which included 7,571 diamonds (weighing a total of 566 carats) and 1,432 emeralds (a total of 7,800 carats). An extraordinary necklace would eventually figure among the results of this historic order, and that design, with its elaborate patterns and intricate detailing, lives on today in Boucheron’s recently unveiled Jodhpur necklace.

This striking strand incorporates a thin, lightweight structure of milky-white Makrana marble, used in 1631 to build the Taj Mahal. The stone necklace features a kite-shaped, 6-carat diamond pendant, and, as in traditional Kundan and Meenakari Indian jewellery, the necklace’s reverse side is as precious as its front.

The back depicts a symmetrical floral motif, rendered in sapphires and diamonds, that takes its inspiration from the Indian city of Jodhpur’s small blue-and-white structures. Jodhpur the necklace is but one tour de force among more than 100 pieces in the new Bleu de Jodhpur collection. Designed by Claire Choisne, Boucheron’s creative director, the collection recalls creations from the brand’s past.

“Looking through our archives, I uncovered many references to the Indian aesthetic," says Choisne, adding that the company’s founder, the jeweller Frédéric Boucheron, also was a source of motivation. “[His] audacious designs gave me the possibility to be bold and use unexpected materials like marble."

Boucheron’s artisans spent more than 750 hours creating Bleu de Jodhpur’s Nagaur necklace from 18-karat white gold and pearls; its enormous diamond-studded rockcrystal pendant encases sand from north­west India’s Thar Desert. In more wearable pieces, such as those in the collection’s Plume de Paon series, Choisne’s own style triumphs; she re-created the peacock’s delicate plume using thin slices of carved white marble and diamonds, achieving a striking juxtaposition of hard stone and gems to create lightweight pieces that lie gracefully on a woman’s neck or wrist. Also ethereal and airy, the Mehndi series portrays the Indian tradition of henna adornment through elegant diamond pieces that appear to float on the skin without any visible metal setting. These and other standouts, including a brooch made with an emerald that once adorned a maharaja’s belt buckle, are indeed worthy of royalty. 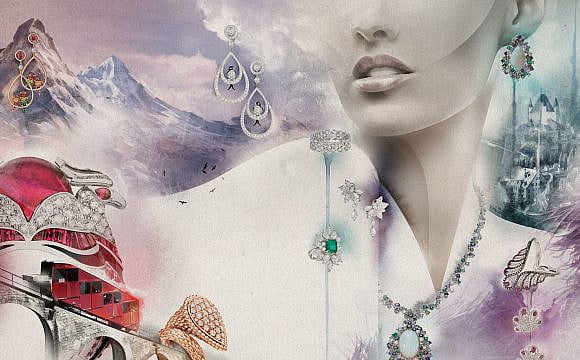 The best of Baselworld Jewellery 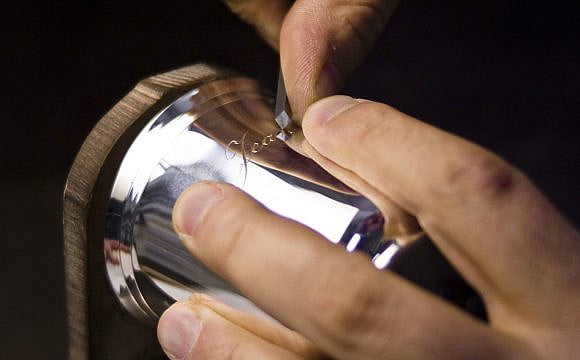 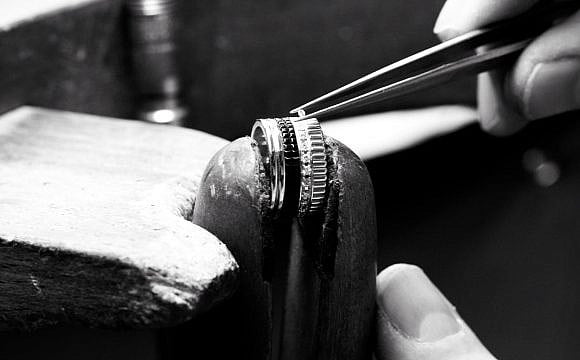 A TWIST ON TRADITION