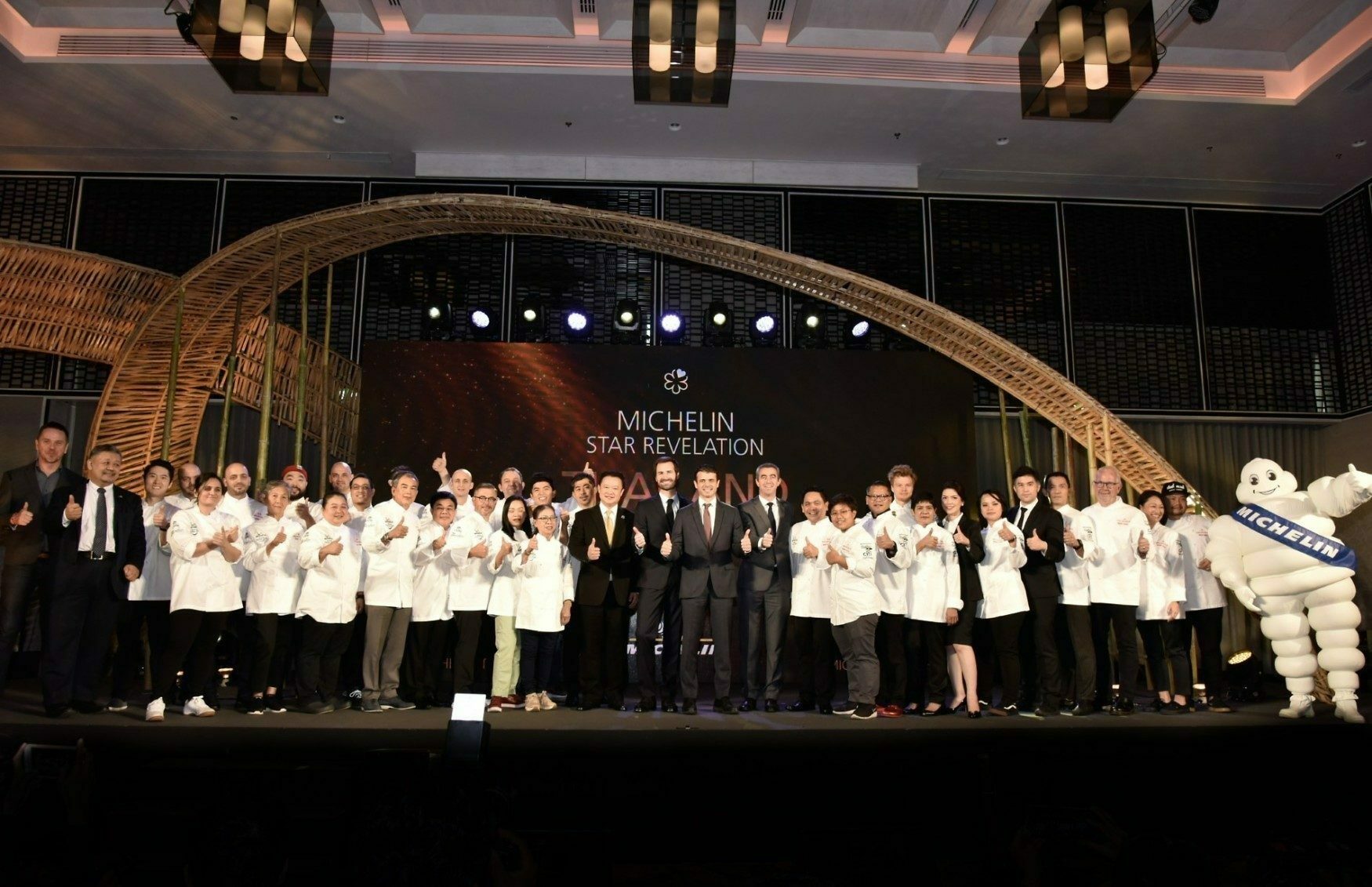 At a press conference on November 12, Michelin announced the winners of Michelin Star and Bib Gourmand distinctions; together with the official launch of the third edition of The MICHELIN Guide in Thailand, entitled The MICHELIN Guide Bangkok, Chiang Mai, Phuket & Phang-Nga 2020.

Featured in this latest edition are 282 dining and 74 lodging establishments – with a total of 5 two-star, 24 one-star, and 94 Bib Gourmand eateries.

Two Thai restaurants were awarded two stars: R-Haan, specialized in regional and royal Thai cuisine; and Sorn, which focuses on the art of Southern Thai cuisine. Both restaurants have been promoted from their previous one-star rating, while Le Normandie, Mezzaluna and Sühring – have retained their two-star distinctions.

The only establishment in this illustrious line-up to have been promoted from a MICHELIN Plate to one-star status is Khao, which serves up traditional Thai cuisine. New to receive a one-star ranking are French contemporary restaurant Chef’s Table at Le Bua, curated by chef from a 3-MICHELIN Star restaurant; 80/20, famed for its imaginative contemporary Thai cuisine; and Table 38, a chef’s table restaurant serving reinterpreted and updated Thai street food and ancient dishes. In addition, it is of note that all previous one-star holders that are still in business, retained their status – including PRU, the only one-star restaurant in Phuket.

Chiang Mai emerges in its very first year covered by The MICHELIN Guide, with an impressive number of Bib Gourmand eateries. Among them are Ginger Farm Kitchen, a restaurant specializing in Northern Thai food that embraces a farm-to-table concept with most produce coming from its own farm; Huan Soontaree, where authentic fare made with high-quality local ingredients is what makes this place a great dining spot; and Khao Soi Mae Manee, a well-known street food vendor serving the iconic Khao Soi (egg noodles in coconut-based curry broth) for over 30 years.

As for the Bib Gourmand list, a total of 94 establishments are featured, 61 of which are located in Bangkok, 17 in Chiang Mai, 14 in Phuket, and 2 in Phang-Nga. The complete selection of The MICHELIN Guide 2020 is available in a bilingual digital edition online, with a print version available at leading bookstores for 650 baht.