The ladies were spoilt for choice at this year’s Salon International de la Haute Horlogerie. We present the ones that outshone the competition.

Following the success of last year’s Diamond Punk, Audemars Piguet has once again unveiled a diamond-encrusted statement watch for its female clients. Diamond Fury has a relatively irregular shape compared to the boxy Punk, and is a smoother operator – the mechanism that hides the watch face under a diamond-set lid has been changed from last year’s slightly awkward slide-over one to a hinged segment that pops open. Diamond Fury is crafted from 18k white gold and is set with 4,635 brilliant diamonds on its case and bracelet, and 206 brilliant diamonds on its dial.

Sometimes, it seems all it takes to create a women’s watch is to put together a quartz movement and some diamonds. But that’s definitely not the case for Cartier’s Tourbillon Mysterieux Azure.

At first glance, one may mistake it for a pendant or one of Cartier’s secret watches. But a closer look reveals the rhodiumised steel hands camouflaged against a glittering backdrop of pave-set diamonds and sapphires arranged to subtly resemble butterfly wings. At 12 o’clock is the high complication feature that transforms this creation from a jewellery watch to an exemplary work of art that perfectly combines haute horlogerie and haute joaillerie – the double tourbillon of the calibre 9463MC. Carried between two sapphire crystals, it appears suspended in its little aperture.

Powered by the 584P, Limelight Stella represents a milestone as Piaget’s first complicated in-house movement created specifically for the ladies. And although the moonphase isn’t a complication that breaks boundaries, Piaget has made it so accurate that it only requires an adjustment once every 122 years.

The timepiece comes in five versions. The haute joaillerie one shown above is powered by the 580P instead of the 584P used in the others, in order to create a two-hander without a seconds hand. All just so that there is nothing that can distract from the gemsetting on the dial.

As a jewellery master, Van Cleef & Arpels creates a secret watch almost every year to show off its expertise. This year, it’s the Rubis Secret, a bangle bedecked with 115 Mozambique rubies adding up to a total of 151.25 carats, framed by diamonds and crafted from 18k gold. The watch dial is hidden discreetly in a drawer that slides out.

So precise is the mechanism that there is only 100th of a millimetre of tolerance between the drawer and the surrounding gemstones. It took an artisan a total of 1,500 hours to hand-set the diamonds and rubies – and years for Van Cleef & Arpels to find enough matching oval and cushion-cut rubies for this masterpiece.

Vacheron Constantin has taken a virtual journey around the world since it launched Fabuleux Ornements two years ago. The line puts traditional decorative art techniques from different cultures onto elaborate dials. This year, the brand takes inspiration from France, India, China and the Ottoman Empire to create
four timepieces called French Lace, Indian Manuscript, Ottoman Architecture and Chinese Embroidery. Equally impressive is the calibre 1003 SQRH2 powering the timepieces, an open-worked version of the ultra-thin in-house calibre 1003. At just 1.64mm thick, and with essential structural elements reduced to tiny arcs almost as fine as a strand of hair, it is an extraordinary example of mechanical minimalism. 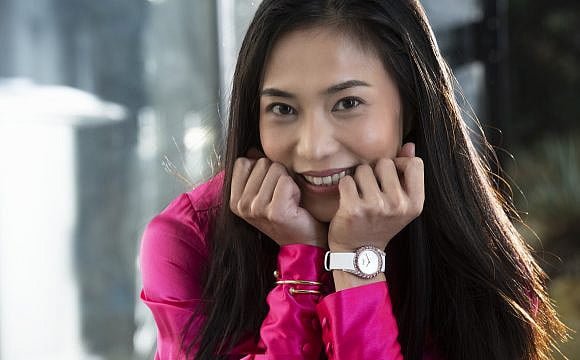 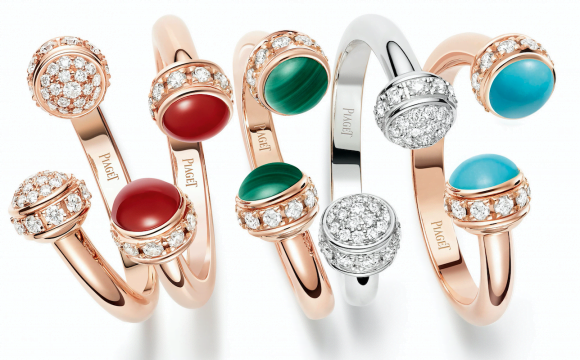 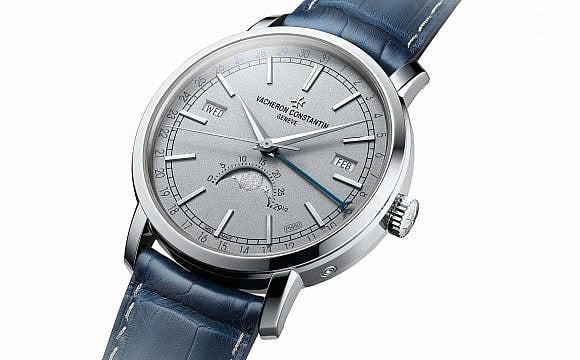 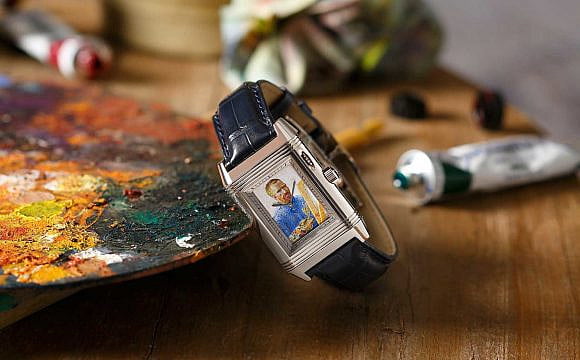