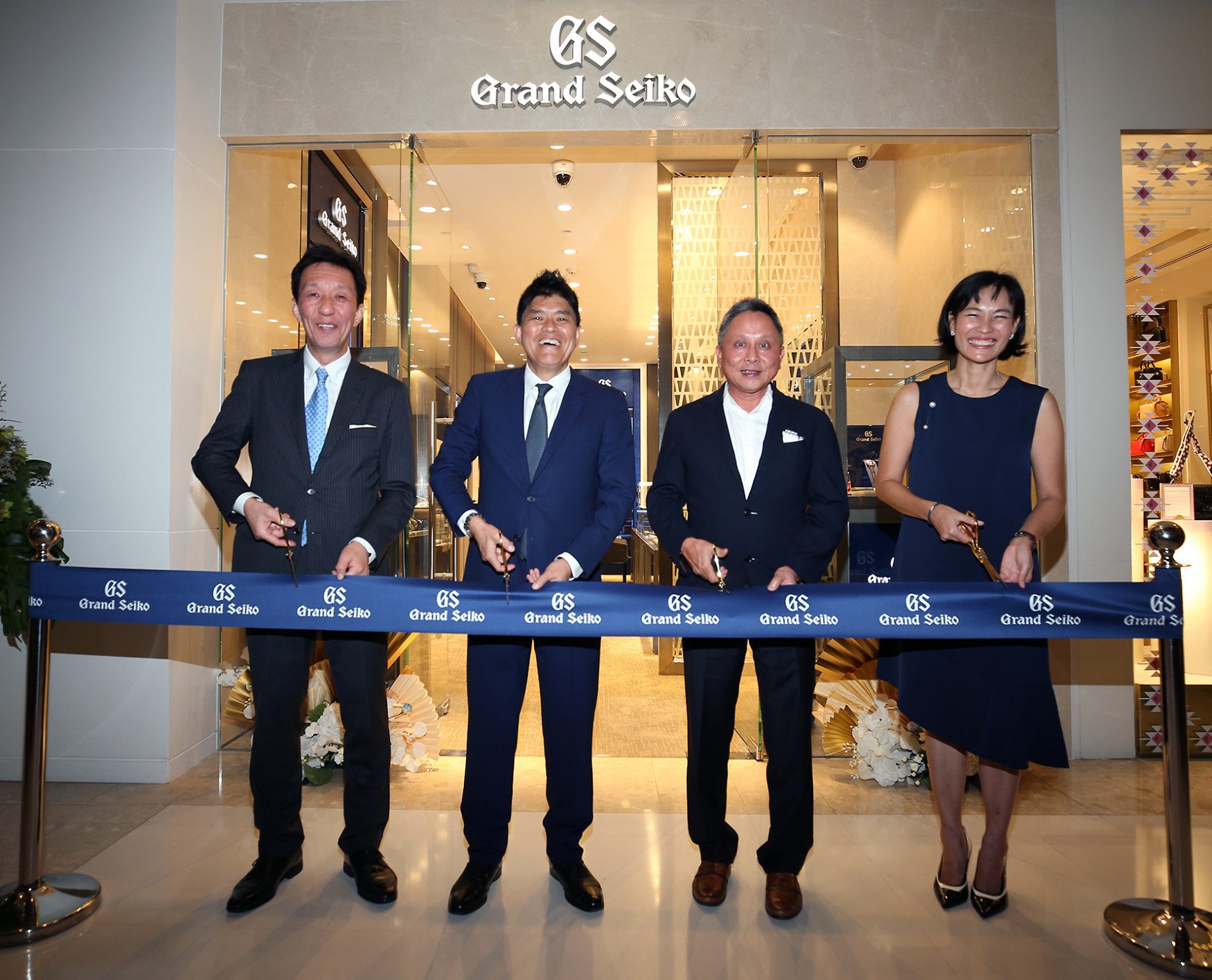 Luxury watch brand Grand Seiko hosted an exclusive party to celebrate the grand opening of its first store in Southeast Asia. Grand Seiko, which has enjoyed a longstanding and illustrious history since its establishment in 1960 in Japan, chose Gaysorn Village in the commercial business district of Bangkok as the location for its flagship boutique in Thailand.

Highlight of the event was a showcase of exclusive watches never before displayed in Thailand. Mr. Toru Tsuchiya, Senior Vice President/Sales Division of SEIKO Watch Corporation, Japan, and distinguished designer Mr. Shinichiro Kubo both attended the event, while Mr. Kubo shared his inspiration and design challenges.

Since its inception in 1960, every single timepiece has been created meticulously, with intricate scientific detail and Asian craftsmanship, and spurred by great innovations from Japan, rapidly propelling Grand Seiko to industry leader both in the Japanese as well as the international market. In 2017, Grand Seiko officially announced its independence from Seiko, transforming its image and line of products to cater to high-end customers. In Thailand, Grand Seiko rebranded itself in the following year, under the management of SEIKO (Thailand) Co., Ltd. Meanwhile the brand has opened branches across the world including in Tokyo, Beverly Hills and Seoul.

The interior of the brand’s first boutique at Gaysorn Village combines elements that convey the fusion of innovation and luxury apparent in all Grand Seiko watches. It is decorated with the colour tones of the brand’s identity—dark blue and silver— to deliver a Japanese style of sleek luxury. For the launch of its first boutique in Southeast Asia, Grand Seiko has prepared special timepieces, with three exclusive models available only at Grand Seiko boutique— the blue-dialled Grand Seiko SBGJ235G, the black-dialled Grand Seiko SBGA401G characterized by its delicate sunburst finish; and the Grand Seiko SBGA407G, with its unique dial pattern inspired by the wind-swept snow in the mountains of Shinshu.