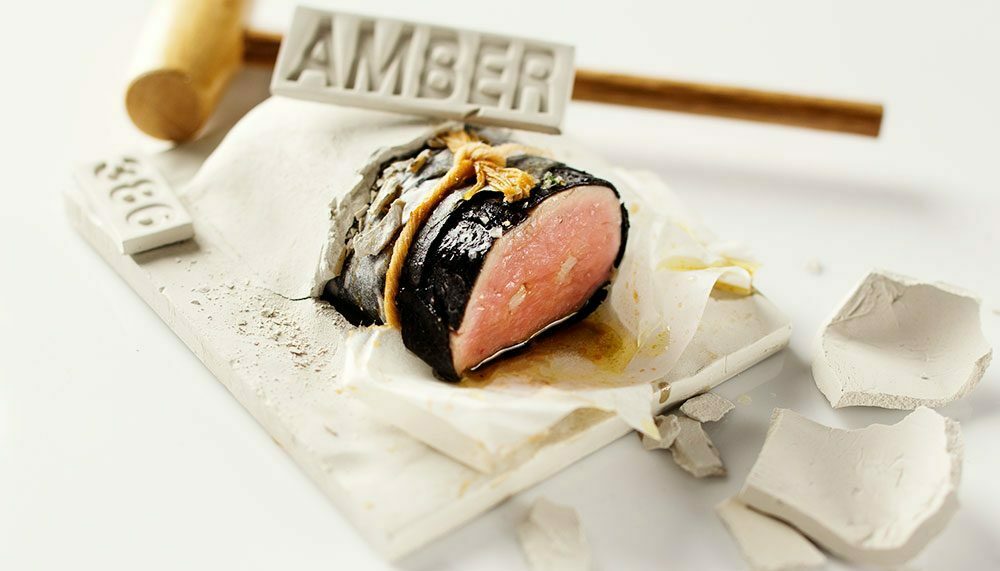 A GASTRONOMIC PARADE AT TWO MICHELIN-STARRED AMBER IN HONG KONG

As the old saying goes, a server’s style, even in its subtlest, is a telltale sign of how a restaurant regards its food. Inside the 60-seat dining room of modern French restaurant Amber, located on the seventh floor of The Landmark Mandarin Oriental in Hong Kong, this point is proven with immaculate hostesses, servers, sommeliers and the maitre d’hotel. Their crisp movements blend into the ambience created by architect Adam Tihany, who suspended 4,320 golden rods from the ceiling.

Just as impressive is the sighting of celebrated chef Richard Ekkebus – who also serves as the hotel’s culinary director – taking an unobtrusive peek mid-service to ensure that all is well inside the room.

For Ekkebus, who has apprenticed under a galaxy of three-star chefs such as Pierre Gagnaire, Alain Passard and Guy Savoy, Amber is one of his charges at The Landmark and he’s done well to ensure that the restaurant continually features in the Michelin Guide – having earned its seventh consecutive two-star honour for the 2015 edition. His menu is designed to tantalise taste buds, beginning with a delicate and well-balanced pousse en claire oyster, steamed and served with tomato water cloud and chipolata bits. It’s a combination of taste and texture that works. This one dish was a harbinger of the rest of the meal; the signature Hokkaido sea urchin shows up in a pristine white shell-like bowl within which resided Jell-O with cauliflower, caviar and crispy seaweed waffles. The course is so well-crafted that you may find yourself tasting this with eyes closed, if only to preserve the memory of the dish.

As for the main, the char-grilled strip loin of rare Miyazaki melts on cue, with barely any need for teeth to sink in. Onion, malt vinegar puree and crispy cereals added to the umami and textural highlights.

Then, to finish, there was the Abinao 85-per-cent chocolate souffle with cacao sorbet, a pleasing end to a thoroughly well-made dinner. 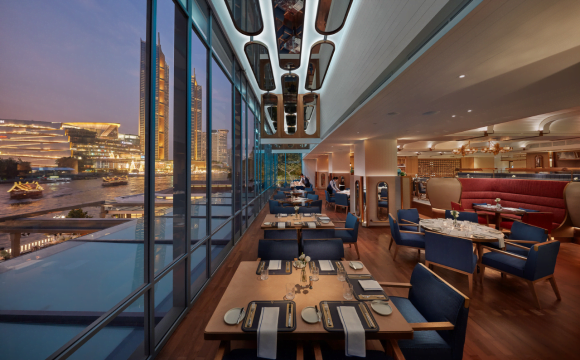 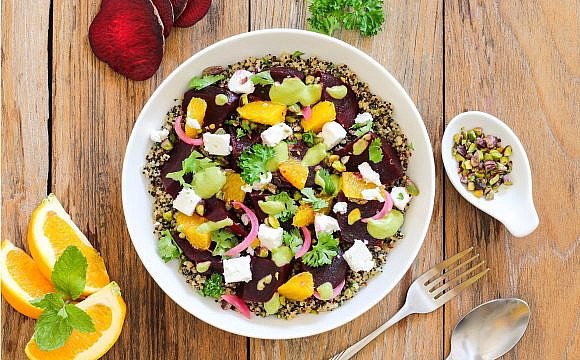 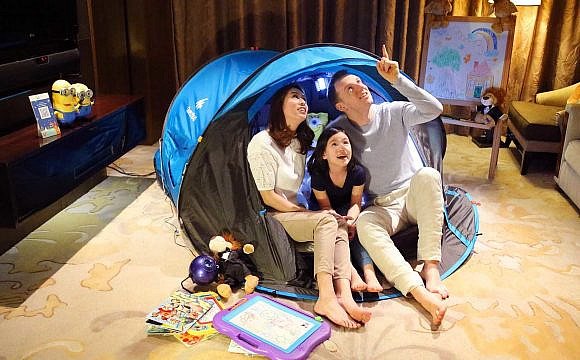 Why The Ritz-Carlton, Hong Kong is the perfect hotel for those with kids 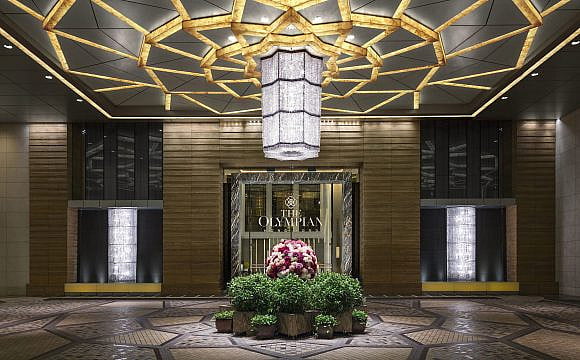